Get to Know Gouda Boys

When John Picurro, one of the geniuses behind Gouda Boys, began our interview by saying, “We put smoked Gouda on everything,” I knew “Getting to Know Gouda Boys” was going to be a highly enjoyable assignment—honestly, in my opinion, we could not get off on a better foot. I mean, the first six words said to me are absolute perfection: “We put smoked Gouda on everything.” What could be better?

While many may be familiar with the fantastical and flavorful Gouda Boys food truck that resides on the Base Area opposite the Ugly Dumpling, I would quickly learn that Gouda Boys was originally not a food truck at all: “It all started back in 2009, when my brother and I decided we were going on summer tour with the band Phish,” Piccuro tells me. “Those of you who follow the jam scene, there is what is called ‘Shakedown Street’ at a lot of jam music events; it is best described as a pop-up market with clothing, food, jewelry, etc. that travels with the tour, setting up in different cities at each stop.” 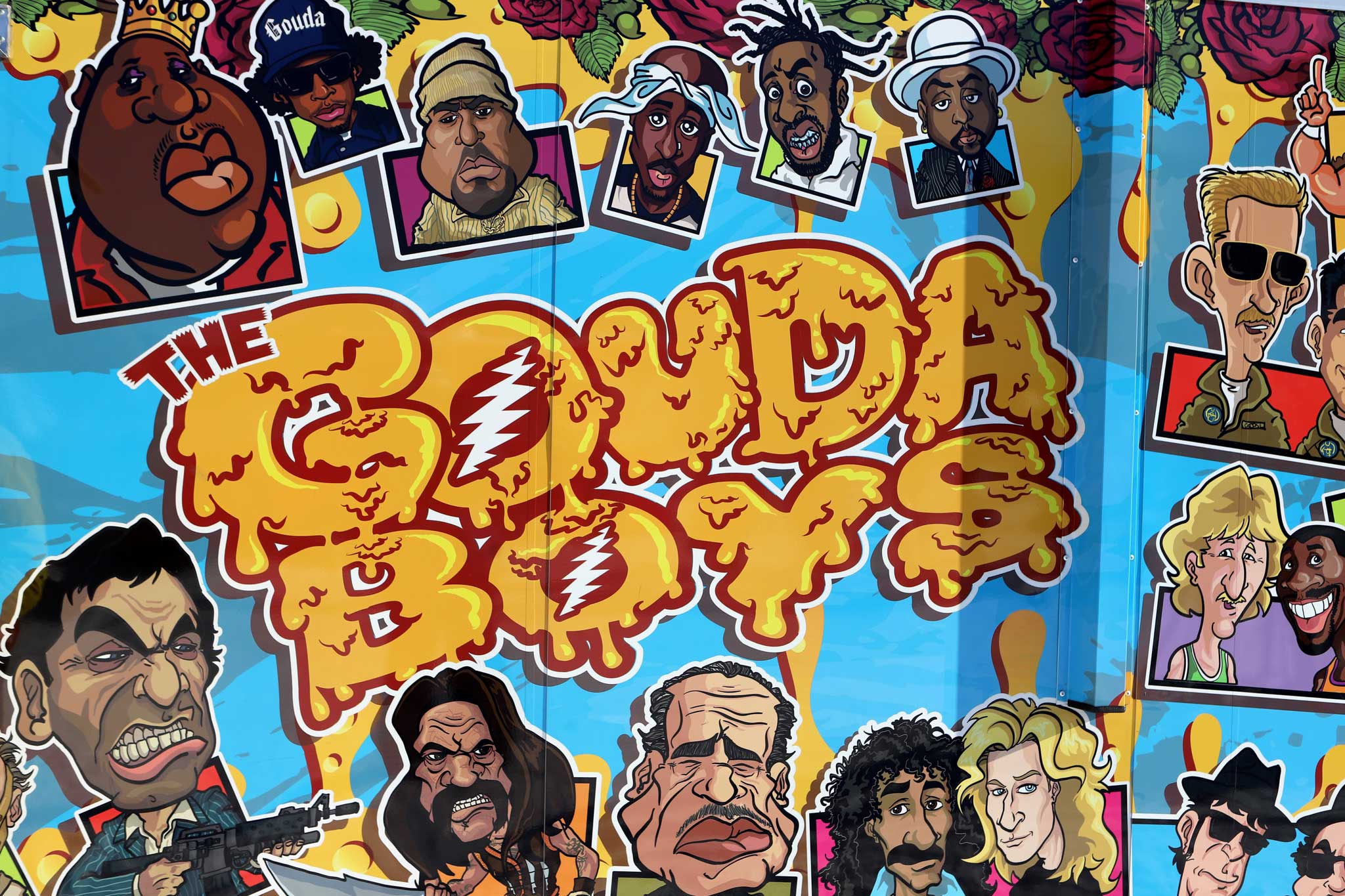 “Most of the participants on shakedown street are fans of the music, who try and make a bit of money to fund the travel and the tickets,” he explains. “With [my brother and my] extensive kitchen knowledge and trusty pickup truck, we developed the gouda burger, got a couple of grills, and hit the road.”

The Piccuro brothers would soon discover taking their business on tour was a huge hit. “We started making money immediately, more than we needed, and the people kept coming.” John recalls, adding, “As we progressed through the tour, we started gaining fans of our own. One night I had an idea: ‘Why not try mac’n’cheese, as another item?’ So we did, and again, the recipe I developed caught fire and the lines started forming everywhere.” 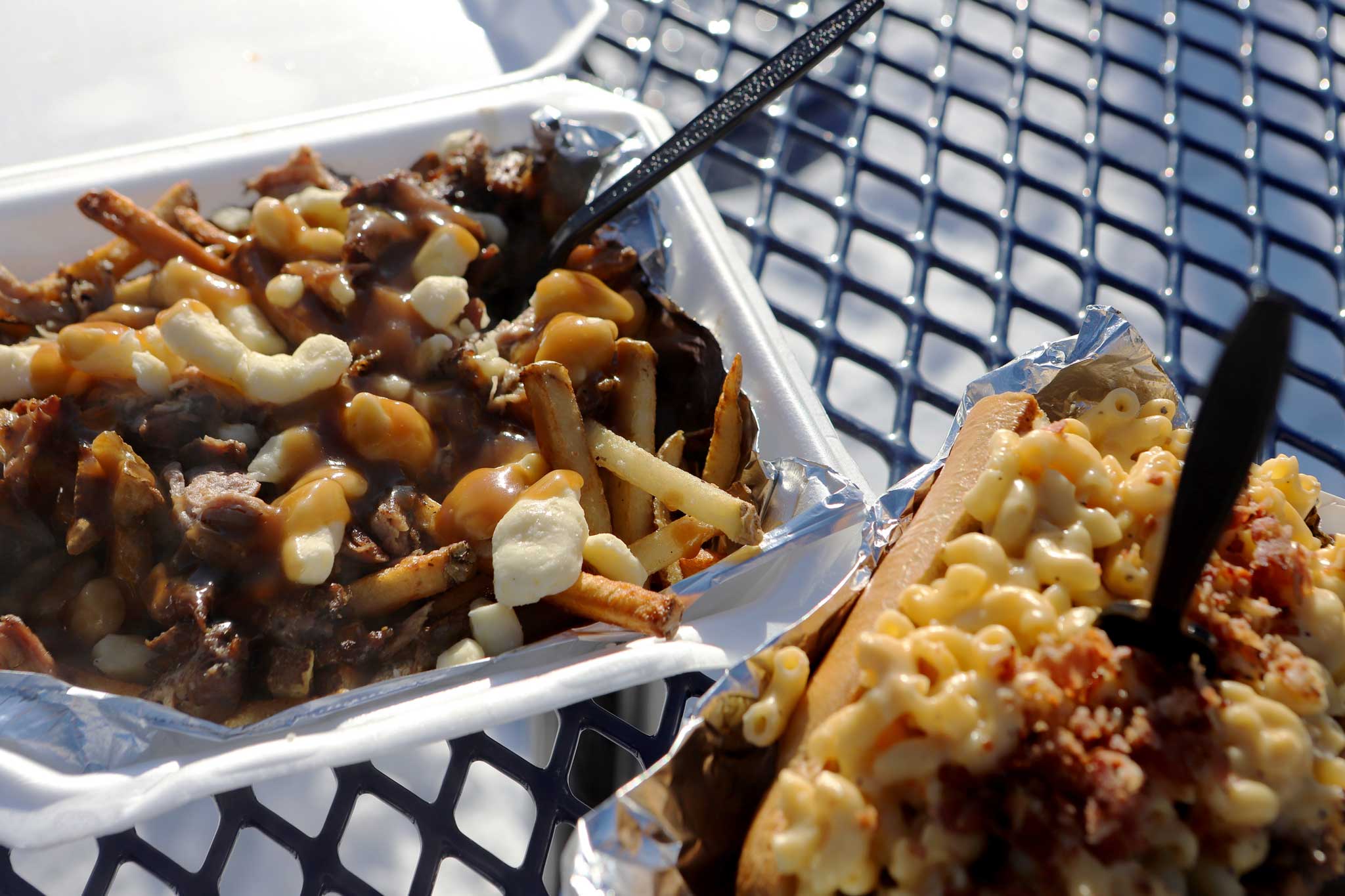 In the years that followed, John and his brother would continue adding items to the menu, from the BBQ brisket to the pulled pork. “Smoking was a big hobby [of mine], and I worked at a number of BBQ joints over the years,” Picurro shares. “2012 saw the invention of the Gangsta Steak, the BBQ sandwich topped with bacon and mac’n’cheese, and 2014,  the Gangsta Eggrolls, mac’n’cheese stuffed eggrolls in a variety of flavors and styles. We started branching out to music festivals and other events we wanted to part of, and we just kept growing.”

During this time, they worked out of tent setups; Picurro describes this as a period of “hauling equipment and setting up kitchens in every corner of the country.” It was during these years he began developing the Gouda Boys brand: “As we went, I started naming menu items and creating graphics to go with it, creating the ‘Gangsta’ menu and nodding to some of our influences,” John says.

By 2018, the Picurro brothers had put their truck together and started serving cheesy goodness locally in addition to touring nationally. “We find ourselves here at Sugarloaf for our third season, and we are never leaving! This is the mountain I grew up skiing on, and am proud to be part of this community.”

In his own words, Picurro describes Gouda Boys as “mac’n’cheese mayhem with a BBQ addiction.” If that sounds like something that resonates with you—as it does with me—you’re going to need to get yourself to the Picurro brothers’ fabulous food truck the next time you send it to Sugarloaf. 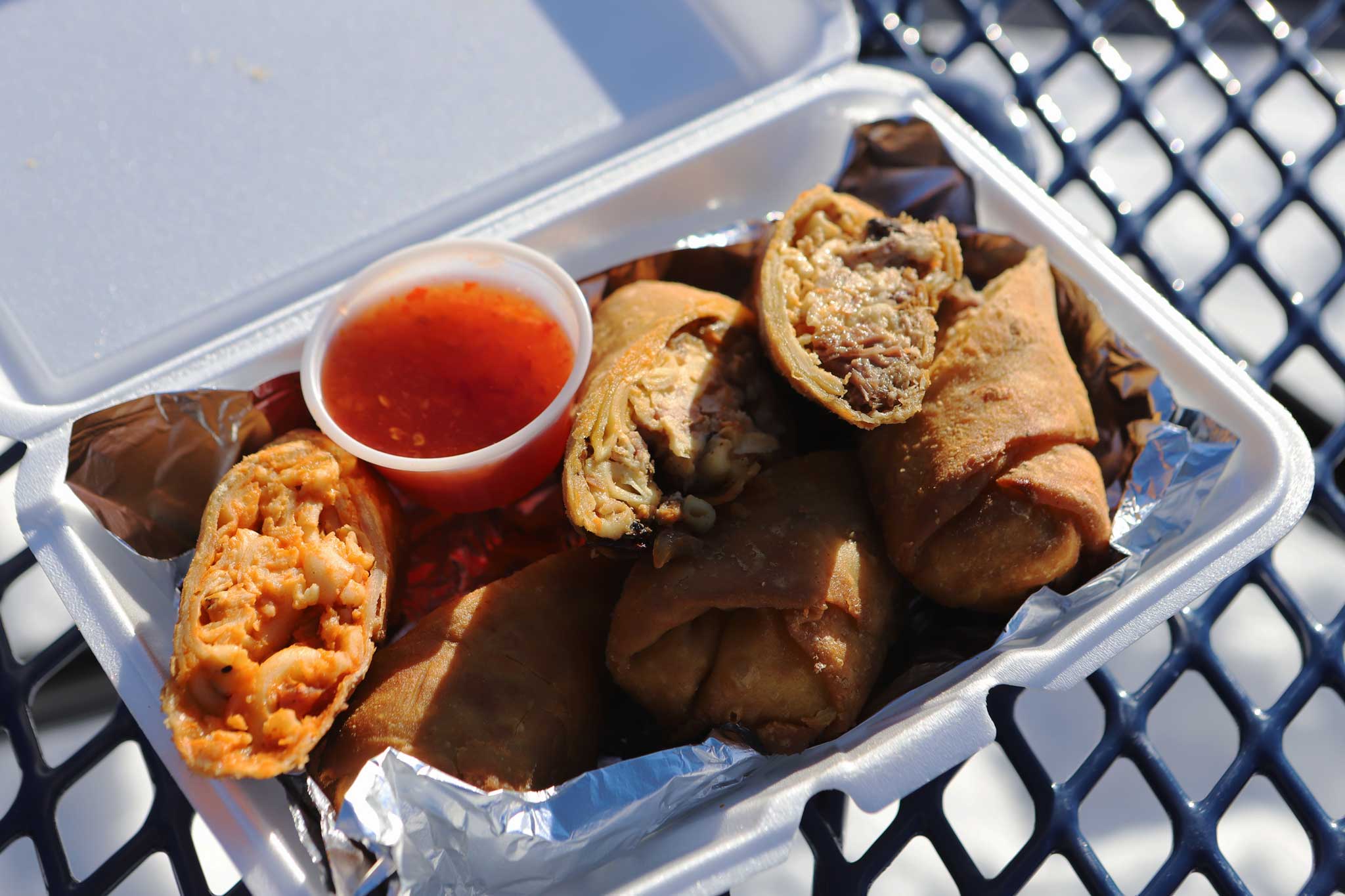 Some of their signature items include Gangsta Egg Rolls, mac’n’cheese stuffed eggrolls with different BBQ meats and flavors mixed-in, as well as Gouda Boys Mac Bowls, the food truck’s famous recipe: smoke gouda mac’n’cheese topped with your choice of their delicious smoked meats, and can’t forget the Gangsta Sandwiches, the food truck’s mac’n’cheese-covered sandwich line—yes, you read that right—which is also available in tons of options with all in-house smoked meats.

I tried 3 different options from the Gouda Boys’ extensive list of offerings, first sampling a selection of Gangsta Egg Rolls ($7 each or 3 for $18).

At $7 each for a single—yet sizable and stuffed—egg roll, the Gangsta Rolls from Gouda Boys are a God-tier option in terms of chairlift take-it-to-go snacks, providing savory sustenance with a crispy crunch; alternatively, with 3 for $18, these would be an excellent option for a shareable appetizer to split with family and friends. After all, what’s that they say? “The best things in life are shared”? 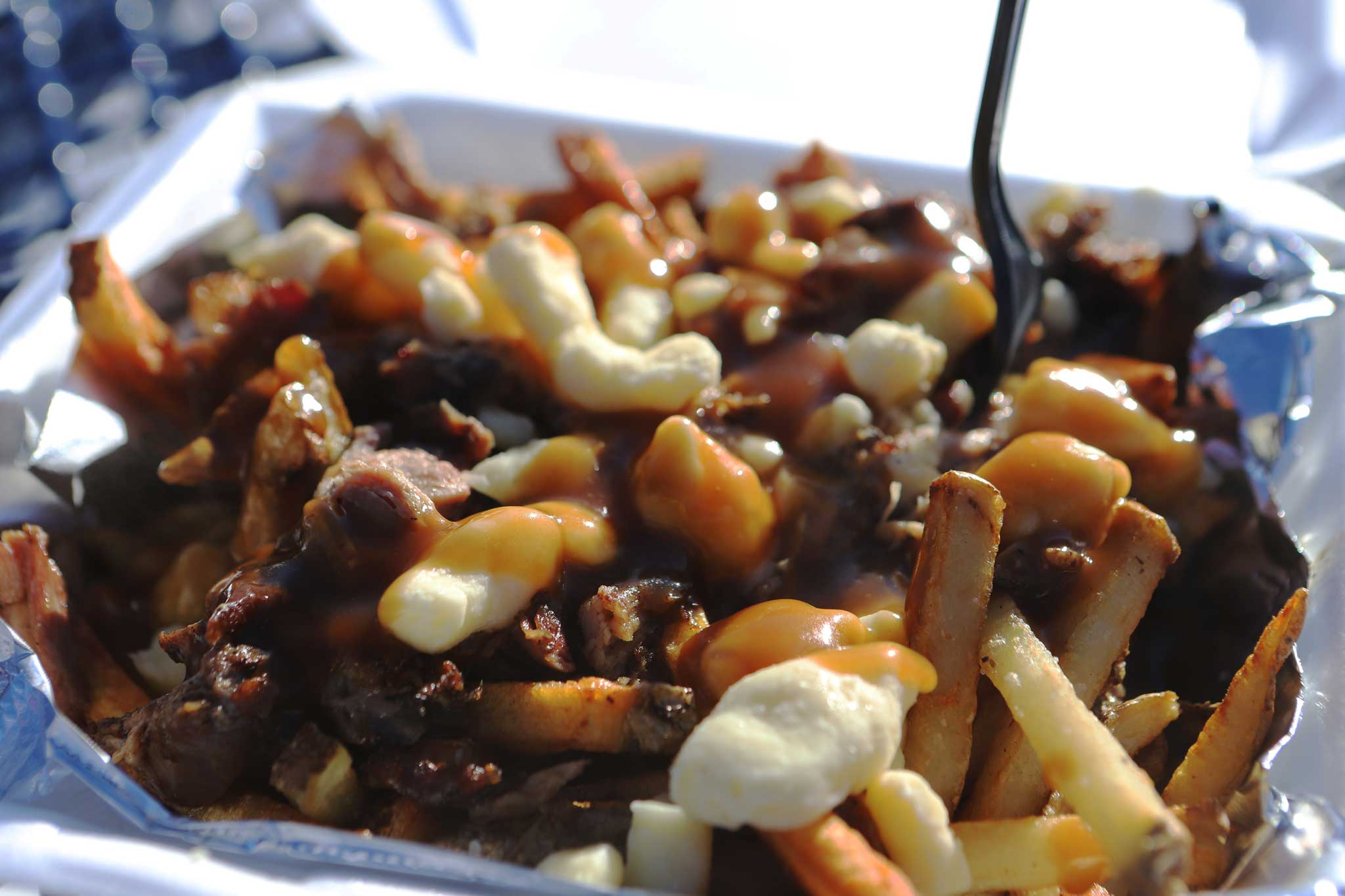 My second selection was the Fresh Cut Funny Guy Fries ($8), which I added both cheese and gravy to, plus pulled pork ($15), which turned out to be the best decision I’d made all week—heck, maybe all month: this was, hands-down, the most flavorful, tender pulled pork I’ve ever eaten. Absolutely divine and to-die-for, this pulled pork poutine is a must-try for any first-time Gouda Boys visitor. Definitely don’t be shy about trying those cheese curds—they will change your life. Order it as a starter or have it as your main!

Last, but certainly not least, was a Gangsta Grill Sammich, the Scarface ($16). In paying homage to Tony Montana, this heavy-hitter places bacon, brisket, Gouda sauce, and mac'n'cheese between two slices of baguette. Say hello to my little friend: this sammy is certainly not for the faint of heart, or stomach: if you're hungry and seeking hearty, stick-to-your-bones-good fare, go for a Gouda Boys Gangsta Grill Sammich. There's sure to be something for everybody as this menu has no short supply of options, including Straight Sausage, Marlon Brandog, and Dr. Lector ($18). 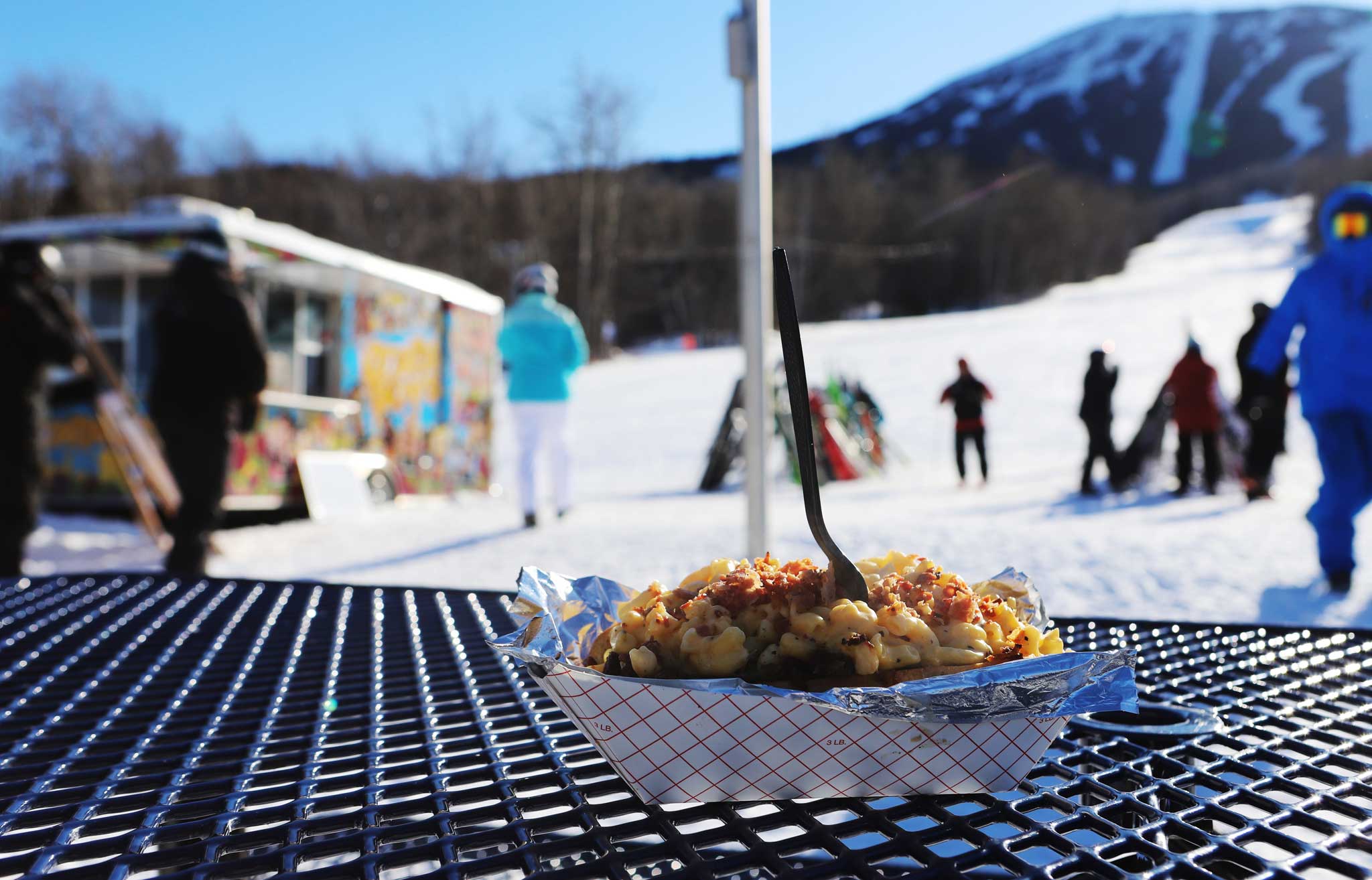 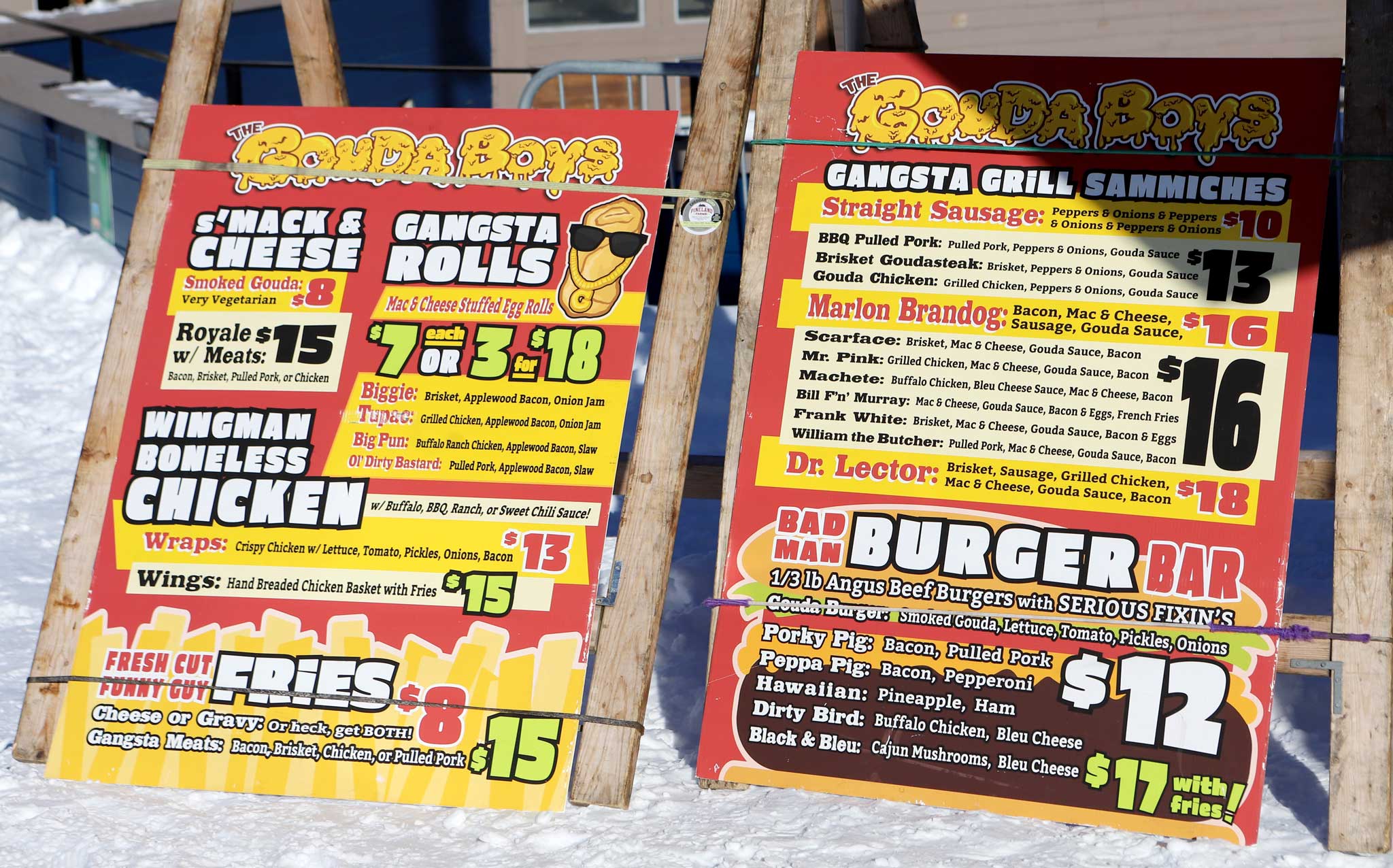 Dishing on The Ugly Dumpling

Mas (Amigos) to the Mountain

Sweet Dreams Are Made of This: Eighty-8