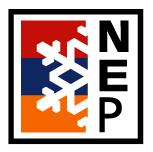 We will lead our business by striving to exceed the expectations of our guests and our competitors. We will emphasize quality, training, differentiation through innovation, and profit. We will share our successes with our staff, dazzle and amaze them.

We are the winter and summer vacation and conference business, providing outstanding recreation, entertainment and conference products and uncommon service, resulting in a satisfying, fun experience for adults and children.

We believe that the most important person in our company is our customer, and we strive to treat them like guests in our home. We also strive to make sure they have fun. We believe in the dignity and worth of individuals, customers, and staff alike, and give them the benefit of the doubt. We encourage and expect our staff to do more than they think they can. We believe that our third responsibility is to our community and our environment. We will work together with our community, balancing growth with conservation of our unique area.

Founded in 1951, the Sugarloaf Ski Club is the oldest club of its kind in Maine. With support from the Ski Club, Sugarloaf has been able to host premier events such as the U.S. Alpine Nationals, the U.S. Freestyle Nationals, the U.S. Snowboard Grand Prix, the National Junior Olympics, the North American Championship Series, and the S.I.S.E. Cup Eastern Masters Championships. The Ski Club helps recruit, train, and direct competition volunteers which enables Sugarloaf Mountain to hold alpine, freestyle, and snowboard events throughout the ski season. The Club also provides funds through its youth grant program, including administration of a town-sponsored scholarship program, to instruct young recreational and competitive skiers and snowboarders. From being an integral part of cutting the first trails to organizing on-mountain events today, the Sugarloaf Ski Club has been a major presence in local history. The Ski Club is located in the Competition Center right on the mountain, and online at http://www.sugarloafskiclub.org.