Sweet Dreams Are Made of This: Eighty 8 Donut Cafe 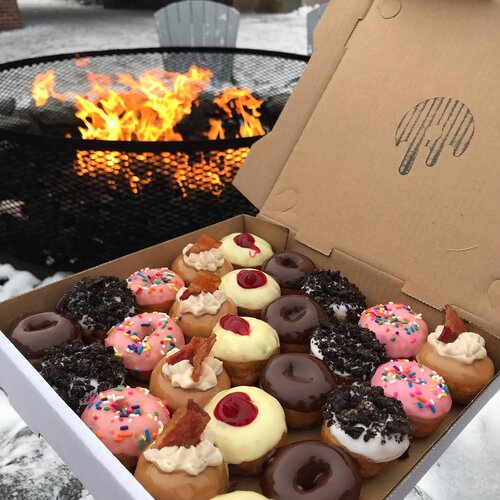 Eighty 8 serves their donuts by the 6 pack (per flavor), or their “Sugar Rush” variety pack of 25 donuts. Some of their Specialty Bites—AKA fan favorites—include Bamm Bamm (Fruity Pebble topped), Cookies’n’Cream (America’s favorite cookie on a donut), and 007 (maple-dipped and topped with bourbon cream and candied bacon). Other iconic offerings include my personal favorite, Boston Cream, and Ol’ Blue Eyes, their tribute to the O.G. Urban Sugar—it’s a donut served with a lavender glaze, lemon curd, and ’Nilla crumble.

Ellen O'Keefe, who co-owns and operates Eighty 8 alongside partner Garrett Champlin, says her donut of choice is classic cinnamon; when asked how she'd describe the atmosphere at the Cafe in three words, she replies, "So much fun!"

And she's not wrong: the interior of the Eighty 8 Donut Cafe is incredibly fun. Not only is it pretty in pink, but the Cafe's lobby is an inviting and warm escape from the elements, complemented by the heavenly smell of the sweet treats they make on-site.

On the days the Cafe is open, O'Keefe says she arrives to the mountain most mornings around 7:00am to get the mixers going. She then introduces me to her son, who is helping out in the Cafe today; he says his favorite part of a day-on-the-job is the people, who are "always in a good mood" when they visit—and can you blame them?

I ask if everyone who works at Eighty 8 is a relative, and O'Keefe laughs, saying, "It feels like it. Every family member has pitched in, mostly on the truck, and we inherited some employees when the Cafe changed management."

As for what Ellen is most looking forward to this coming season? "Actually experiencing Reggae Fest!" She explains she hasn't gotten to see the full swing of the festivities since coming on-board in 2019. 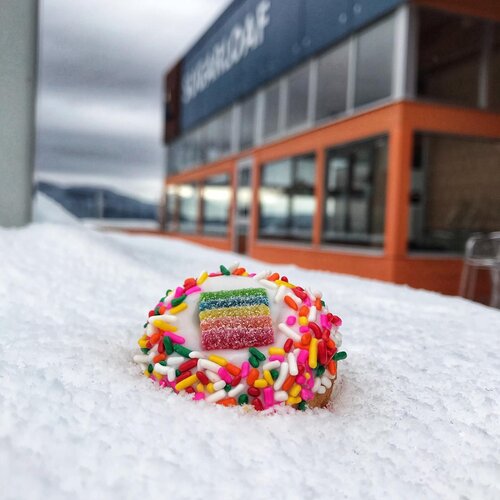 And as for me, I'm checking off something on my '21-22 season bucket list: trying The Eighty 8 Donut Café for the first time! I know, I know: it’s a tough job, but someone’s gotta do it.

The Bamm Bamm is a must-try for all first-time Cafe-goers. Topped in Fruity Pebbles and a sweet glaze, not only is this donut immensely aesthetically pleasing, it has just become my new favorite way to consume cereal: with a delicious donut underneath! 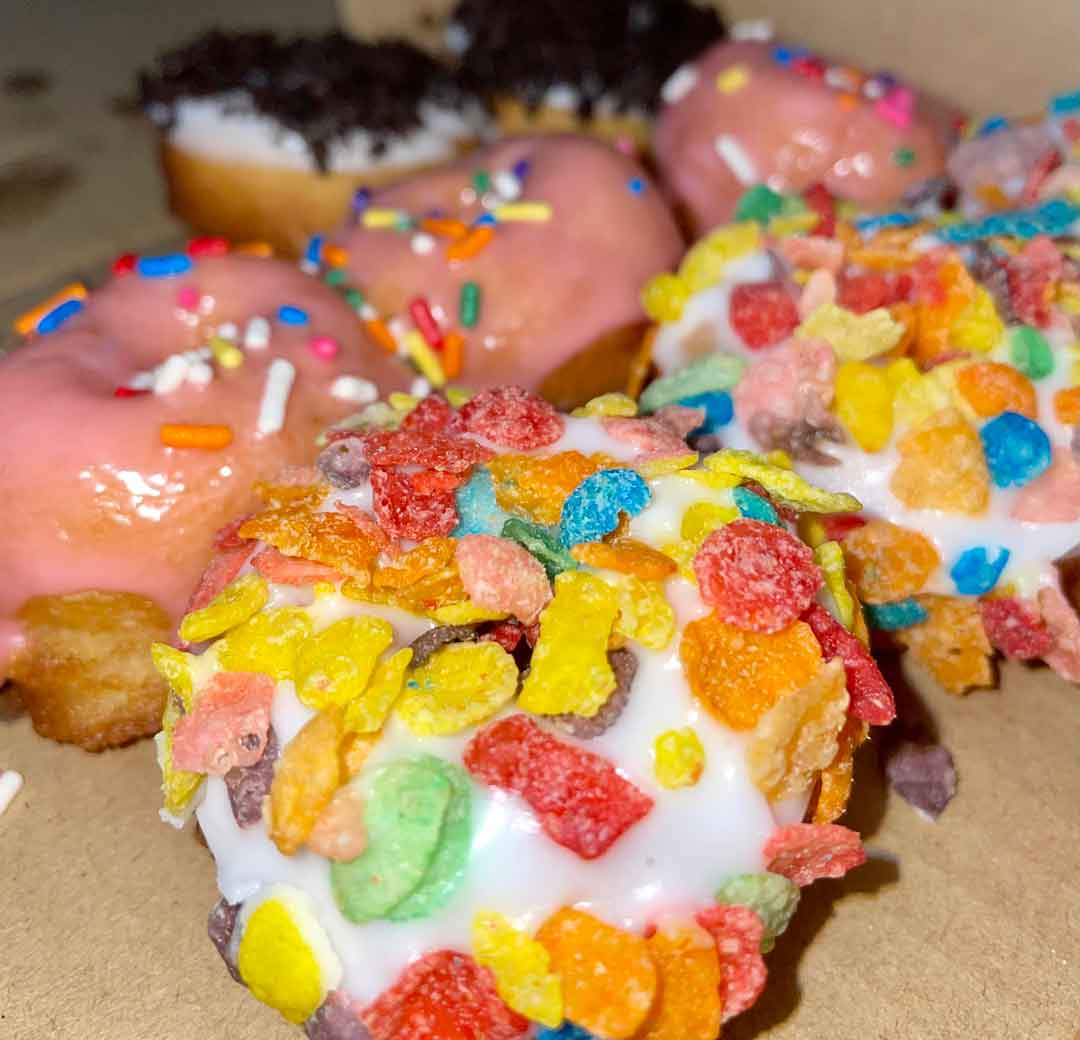 As I bit into the Boston Cream donut, "I'm Shipping Up to Boston," playing in my mind, I only had one thought: I'll never be able to enjoy a Boston Cream donut from Dunkin' ever again. And I wasn't even mad about it! You won't be either once you've tried this bite-sized, chocolate-glazed explosion of Bavarian cream for yourself; you'll know it's the Eighty 8's way, or the highway. No shade to Dunkin', either—but to contextualize how big a deal this is, I am not only a coffee addict and donut fiend, I am also originally from Beantown.

This divine creation from Eighty 8 combines two of my great loves: America’s favorite cookie and breakfast pastries. Presenting the Cookies n' Cream donut, a delectable pairing of Oreo cookie crumble on top of a glazed donut.

This donut is the breakfast of champions, made for Mainards and weekend warriors alike; there's something to be said of its simplicity, though it still packs a punch, chocked-full of marvelous maple flavor.

Upgrade your Maine Maple to a 007, which comes topped with bourbon cream and candied bacon.

The strawberry donut from Eighty 8 Cafe is a thing of childhood daydreams: it's out-of-this-world delicious, a perfect ratio of donut and glaze, topped with sprinkles. If you have a sweet tooth, this is a perfect fix!

I recommend pairing your 6 pack or "Sugar Rush" box with a coffee from Tandem Roasters; I opted for iced, despite it being only 20 degrees out, and really enjoyed the way the richness of the coffee contrasted and complemented the sweetness of the donuts.

At the end of our interview, O'Keefe shares that while you'd think opening would be the Cafe's busiest hour, it's actually between 2:00pm and 3:00pm—just as Sugarloafers are wrapping up their days and getting ready to head home, box of donuts in tow; Ellen explains that this has become a tradition for many skiers and riders, especially those with little Loafers.

Eighty 8 will also be making a special appearance outside of their business hours this upcoming weekend at our annual Tree Lighting Festival, because Santa doesn't just like cookies—the Big Guy is a big fan of donuts, too.