Nightlife Guide for the Month of March

Now, I know the term “March madness” traditionally refers to the NCAA basketball tournament, but it’s also applicable to the next four weeks of live entertainment we’ve got planned for our guests: we know nothing goes better together than powder days and rowdy après, which is why we’ve created the ultimate nightlife guide for those spending their evenings slopeside this month. 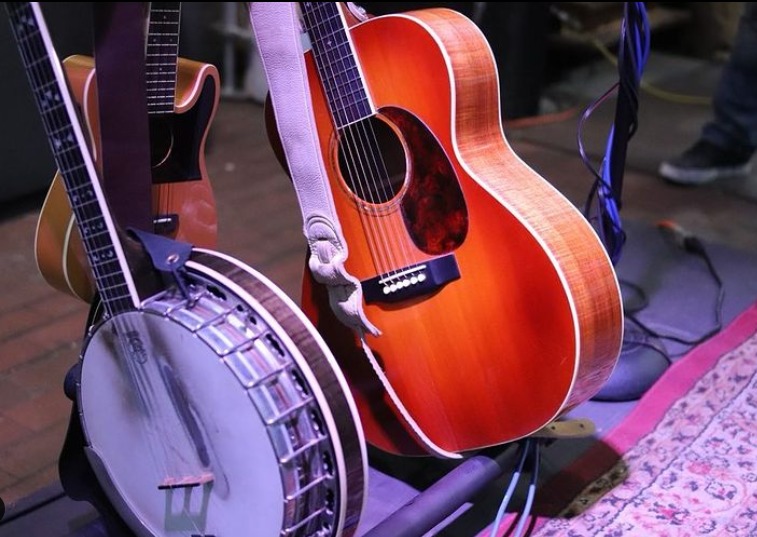 Abe Whittaker will be starting off a month of live après entertainment at The Widowmaker on Wednesday, March 2 from 3-6pm; the Maine native has the unique ability to transform classic hits into his own, covering artists from Doja Cat to Tom Petty, while Whittaker cites Mississippi John Hurt, John Hardford, John Prine, and Johnny Cash as inspirations. The singer-songwriter also has a variety of original tunes he’s prepared to play, including his latest single “Sugarloaf,” performed on the ukulele.

Then, on Friday, March 4, the only and only trio based out of Bath, Maine—The Marshall Nelson Trio—will take the stage at The Widowmaker from 3-6pm, having previously played at our Summer Après Series and The Rack on numerous occasions. 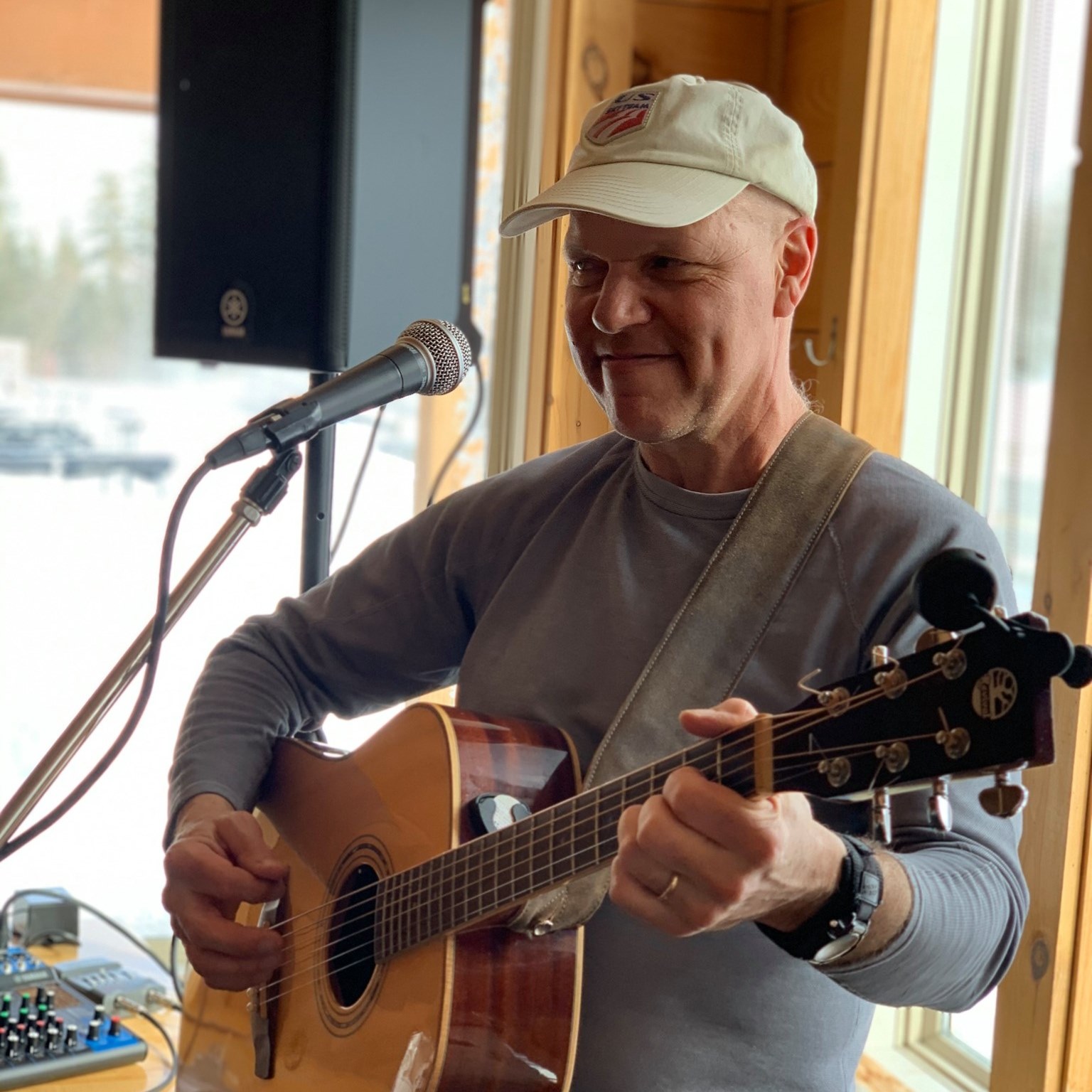 Also on Saturday, March 5: independent Americana-country-rock and roll band the Mallett Brothers will be performing in the King Pine Room to celebrate the 10th Anniversary of the WinterKids Downhill 24 with special guest Elec Simon and Friends. Tickets are on sale now for guests who are 21 and up with valid ID (no exceptions) and will be available online until sellout. There will no ticket sales at the door; all must be done online, even the night-of. Doors will open at 7:30pm, with opening act Elec Simon, percussionist and all-around entertainer, hitting the stage at 8pm followed by the Mallett Brothers live at 9pm. 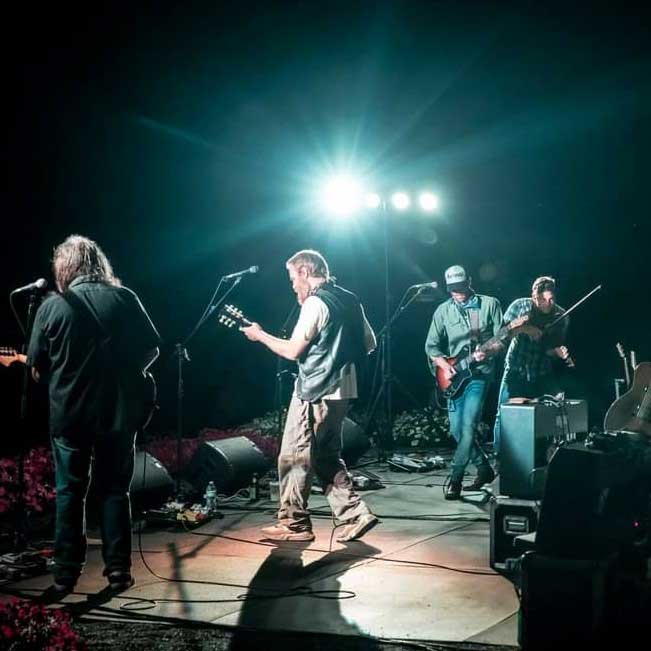 For those winding down the weekend with us on Sunday, March 6, spend time with Robin Cottle, whose music styles include classic rock, country rock, and pop from the 70s, 80s, 90s, and now, performing in The Widowmaker from 2-5pm.

Next up, on Wednesday, March 9, head to The Widowmaker for a set from a one-man band for the new millennium, Jordan Kaulback, from 3-6pm. This solo artist-songwriter’s performance will be followed by the Tim Sullivan Solo, live that Friday, March 11 from 3-6pm, and then the Tim Sullivan Duo on Saturday, March 12 from 3-6pm, or opt to attend après with Jay McClure at 45 North from 3-5:30pm. 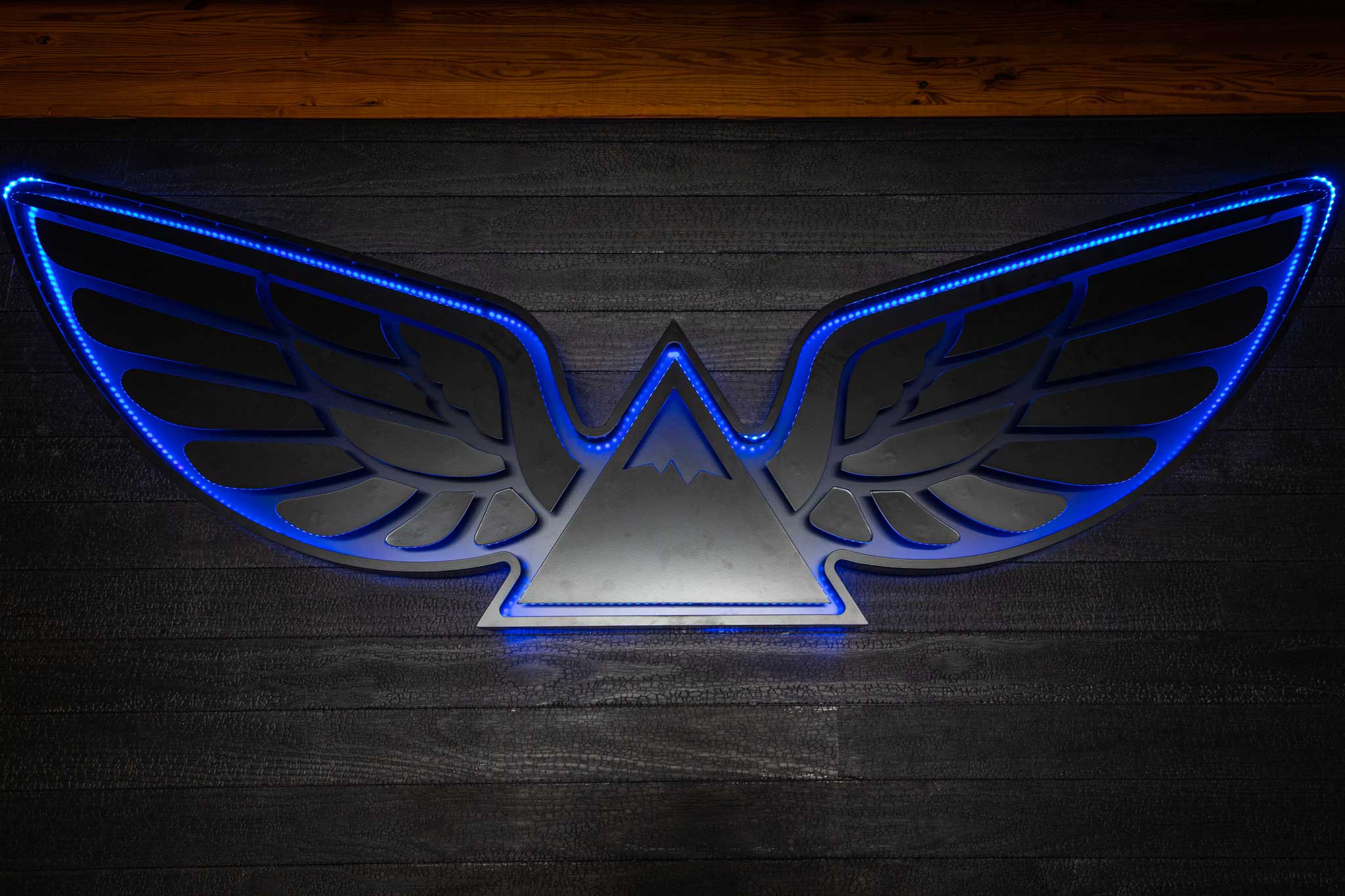 There’s no case of the Sunday Scaries so severe Kevin Roper and Tom Faunce can’t cure it; that’s why you’ll want to catch them at The Widowmaker from 2-5pm on March 13. You’ll have a few days of rest before Ryan Halliburton plays The Widowmaker that Wednesday, March 16, from 3-6pm.

On Saturday, March 19, 45 North will host Don Rogers to ring in vacation week, performing live après entertainment from 3-5:30pm; then, on Sunday, March 20, send it on over to the Toby McAllister Solo’s show in The Widowmaker from 2-5pm.

Celebrate midweek at the mountain with Robin Cottle at The Widowmaker from 3-6pm on Wednesday, March 23.

Then on Friday, March 25, the Marshall Nelson Trio will be back at it again, playing The Widowmaker from 3-6pm, so if you missed their first show (or enjoyed it so much you want to see the Trio play again), here’s your chance! And speaking of second chances, Robin Cottle will be back at 45 North on Saturday, March 26 from 3-5:30pm. 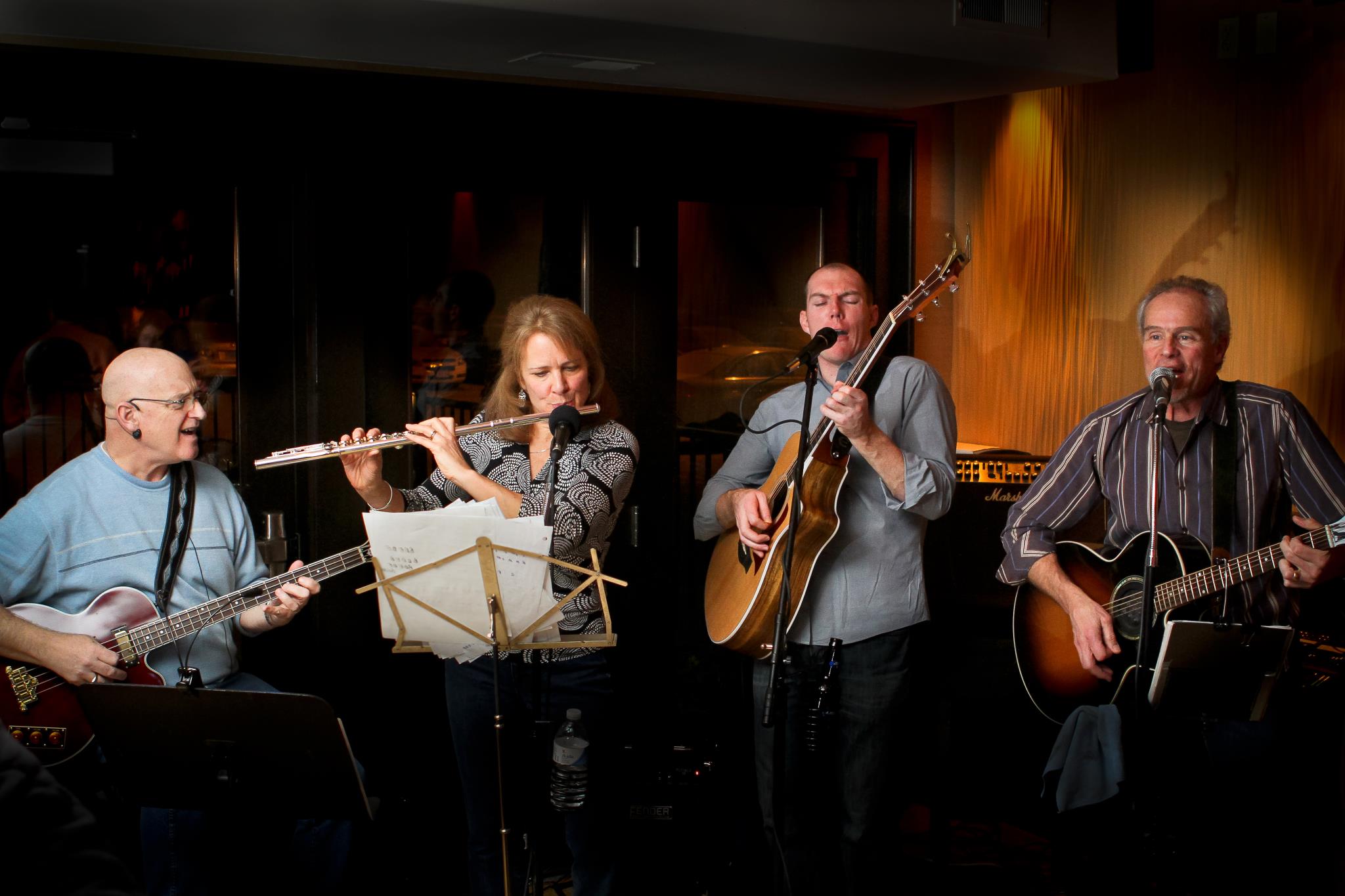 Meanwhile, we’ll be welcoming Bigelow Station to the Widowmaker on Saturday, March 26 from 3-6pm, for a fantastic foursome playing the acoustic guitar, flute, keyboard, and drums to deliver hits from the 60s, 70s, and now, with a performance from 2-5pm the following day—Sunday, March 27—by Treadstone, an acoustic trio comprised of vocalist Lucie Graves, Michael Tuell on lead guitar and vocals, and Jim Fratini on bass and vocals.

Last, but certainly not least, 3 Day Funk will be wrapping up our month of March madness on Wednesday the 30 from 3-6pm at The Widowmaker with hard and heavy classic rock and blues from the 70s-90s.

Take a break from the hustle and bustle and relax in style at 45 North, located in the heart of the Sugarloaf Mountain Hotel. Enjoy custom-crafted cocktails and local beers in the restaurant's welcoming pub, or sample from the Chef-driven menu featuring fresh, locally-sourced ingredients creatively prepared to highlight the best of Maine's harvest. 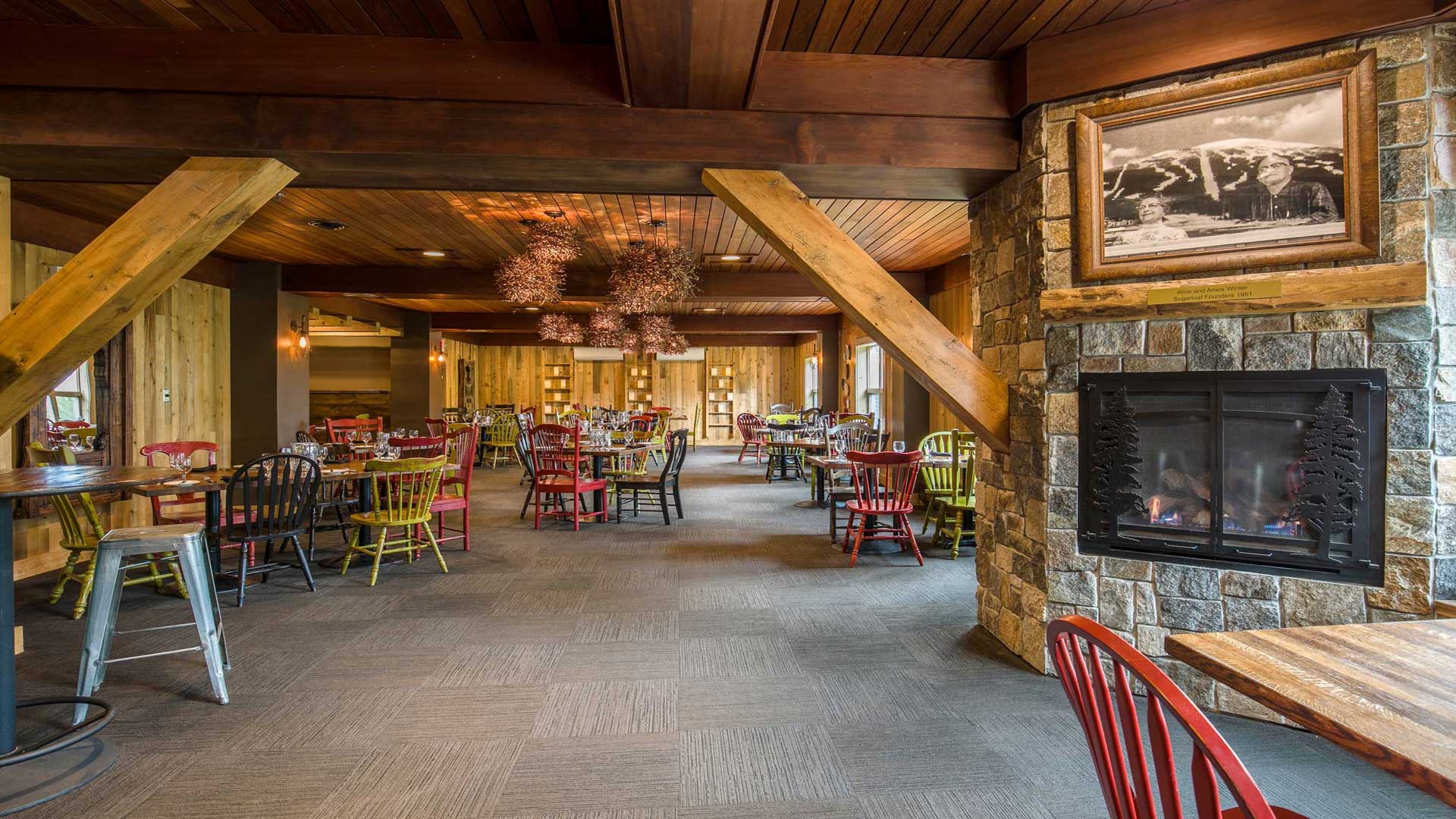 The interior evokes instant feelings of comfort with an aura of quaint coziness, from the assortment of colorful, mismatched chairs to the flickering fireplace and wrap-around wood-paneled walls decorated with scenes of a vintage Sugarloaf. In addition to guaranteeing alluring ambiance, this restaurant boasts an impressive curation of custom craft cocktails, high-end bourbons, local beers, and an all-new fine wines list.

Located in the top of the Base Lodge, the Widowmaker is the heart and soul of Sugarloaf’s drinking and dining scene: head here for great beer and elevated après classics. This hip hub is the perfect place to sip on spirits while looking out over the Landing. 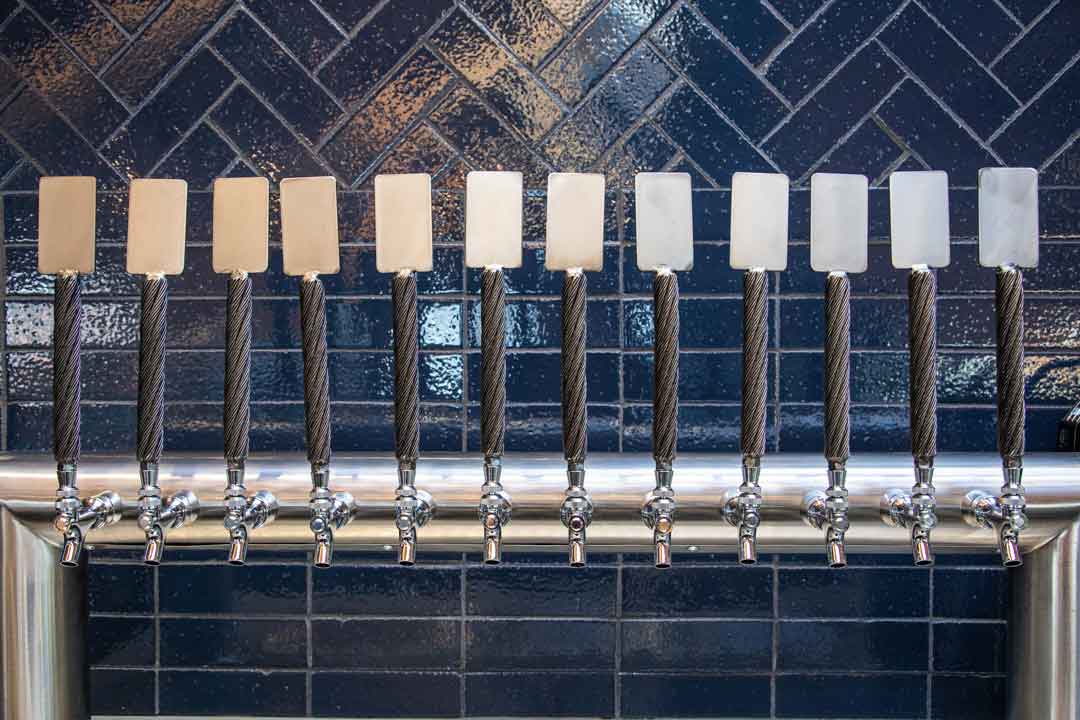 Featuring a full bar with 20 beers on tap (all brewed right here in Maine) plus a crave-worthy menu of updated après classics, a stop at the Widowmaker is a rite of passage for any Loafer.