As a Massachusetts-to-Maine transplant, I remember the first time I saw a moose up close and in person here in the Pine Tree State: it was the third-to-last morning of the '20-'21 ski season and I was en route to Sugarloaf for a snow reporting shift. As I rounded the "Oh My Gosh" corner, there it was, unmissable, trotting along the side of Route 27. As the moose disappeared into the distance, its silhouette steadily shrinking in my rearview mirror, I threw my Prius (which seemed especially tiny in comparison to the creature beside me) into reverse and circled back for a second look, absolutely amazed.

Moose are big, beautiful creatures that are easy enough to find roaming around the mountains of Western Maine–if you know where to look! And if you don't, maybe a Moose Cruise is the move for you. The Outpost-operated Moose Cruise adventure excursion departs from the Sugarloaf Mountain Hotel each Monday evening at 6:15pm; tickets are $20 per person and available for purchase online here. Your tour will be led one of the mountain's local moose experts who will guide you to a series of moose sighting hot spots in the area. 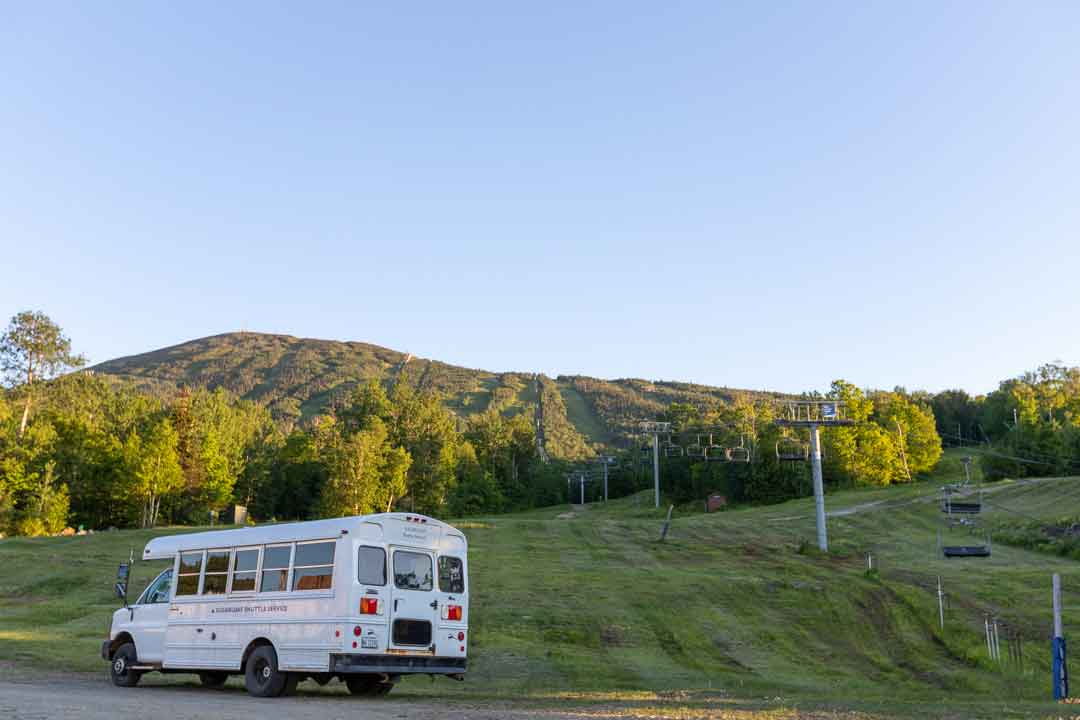 Our expedition was led by James Barker, long-time Sugarloafer and life-long resident of the Carrabassett Valley area. When asked what makes him qualified to conduct moose tours as the mountain’s resident moose expert (a title he’s held for the past 5 years), he explains, “It comes with the territory of living up here all my life.”

Did You Know? Maine is home to the highest moose population in the lower 48 states, second in the country to only the great wide wilderness of Alaska; biologists estimate that Vacationland’s moose population is around 75,000, with the greatest concentration here in the Western lakes and mountains.

Moose reside in temperate to subarctic climate, meaning these marvelous mammals can be found in areas from Canada to Russia, and unlike other deer species, moose do not travel in herds; these are solitary animals, meaning your encounters will likely be an intimate one-on-one affair.

Your (roughly) 2-hour roundtrip tour begins by boarding the Sugarloaf Explorer, which will shuttle you and your group down the Access Road, bound for two on-mountain sighting spots: one off Iron Brook Road, the other in the marshy bogs on either side of the road in-between the “Watch for Baby Moose” signage. 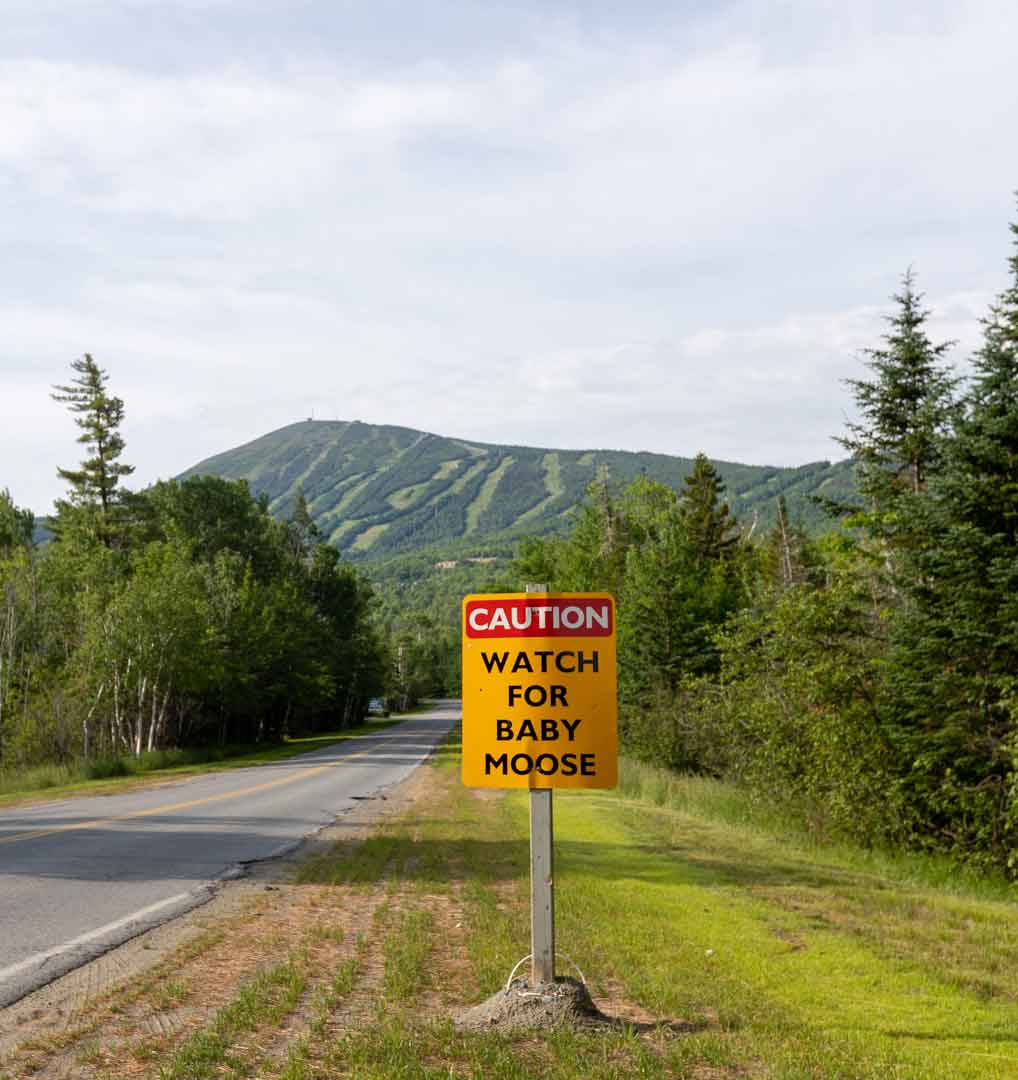 Once Stratton-bound on Route 27, Barker explains that he will slow the vehicle to speeds of 35 miles per hour (or slower) when he approaches locations where he normally sees moose so not to startle them. “There’s a method to my madness,” he says. “Moose have excellent hearing, and they can feel the vibrations of your car on the road. When you slam on the breaks, it spooks them.” By driving at a reduced speed, Barker is able to ease the bus to a stop (and make any necessary positioning adjustments) for optimal prolonged viewing experiences.

The tour then turned onto Rangeley Road, heading for a stretch of highway affectionately referred to as “Moose Alley.” We stopped at two adjacent turn-offs just outside of downtown Eustis, where the town keeps large sand piles mixed with salt, an element that attracts moose to this area.

Barker explains that moose need salt in their diet, which they often get from sodium enriched plants; they will also lick the sides of the road where salts accumulate.  It was here we discovered an assortment of two-toed moose tracks, with some even climbing the giant sand piles. Barker says this isn’t unusual, and that locals often frequent these two stops at dawn or dusk for moose-watching; he suggests doing so with an ice cream from the Flagstaff General Store in-hand. 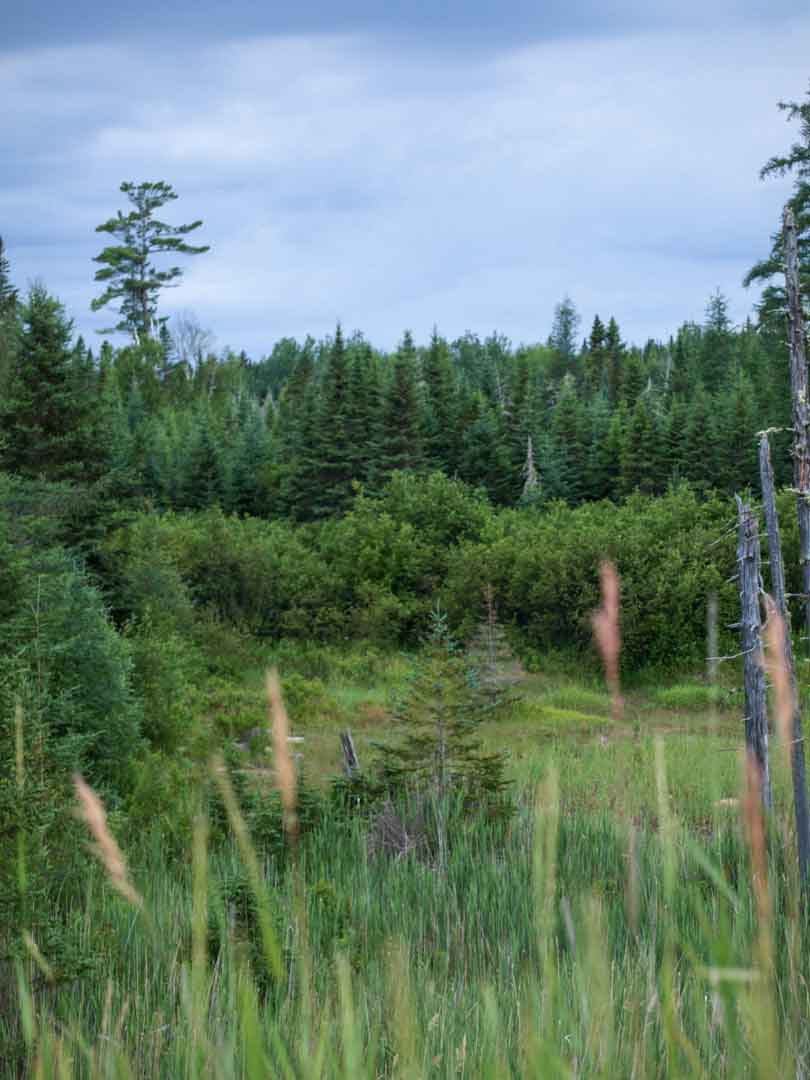 Our fearless guide says he sees moose on approximately 90% of his tours; however, should you miss out on a moose on your cruise, you now know the hot spots in the area to frequent for future sightings. And even if you’re coming up empty-handed, Barker laments, “It’s not over ’till it’s over.”

In fact, we were all but defeatists, driving just miles from the Sugarloaf turn when a beautiful bull appeared on the side of the highway. As he instructed, I screamed out, “Moose!” and without missing a beat, Barker pulled the bus to the side of the road, seamlessly turned around, and brought us back so we were facing the moose, which stood a mere fifteen feet away. 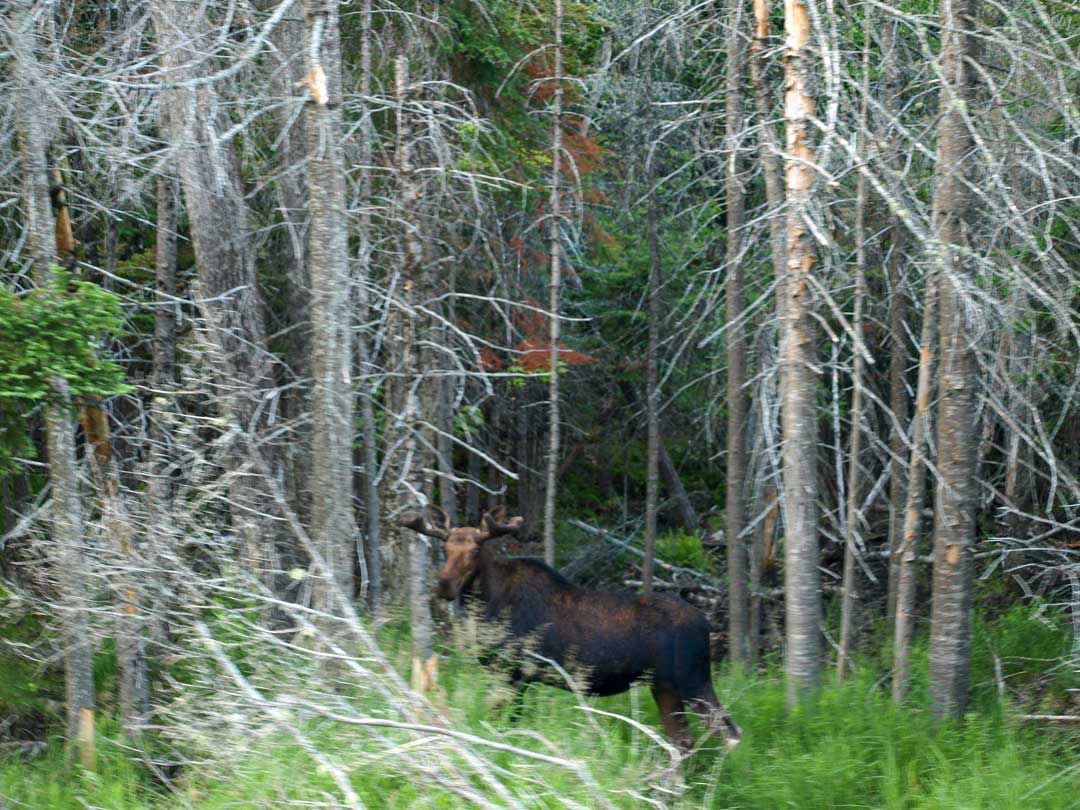 A Moose Cruise is a family-friendly option that visitors of all ages can enjoy! Book yours today to better experience the beauty and wildlife of Maine’s Western mountains.