Come along with Amos and I on a scenic summer hike at Sugarloaf Mountain, the third highest peak in Maine. Lace up those hiking boots and let's get to it! To follow in our footsteps on this Outpost-recommended route, start at the SuperQuad and head for Lower Binder, located between the Chicken Pitch portion of Tote Road and The Timbers.

Amos and I began our ascent around 8:00am–“early bird gets the worm,” and all that–venturing up a surface of small- to medium-sized loose rocks settled on a bed of dirt, progressing at a steady incline; it had rained the night before our adventure, so we were able to see an assortment of tracks, from mice to moose. Once the trail gets beyond the terrain park and snow gun graveyards (respectively), it becomes surrounded on both sides by tall, leafy trees, providing plenty of shady spots. 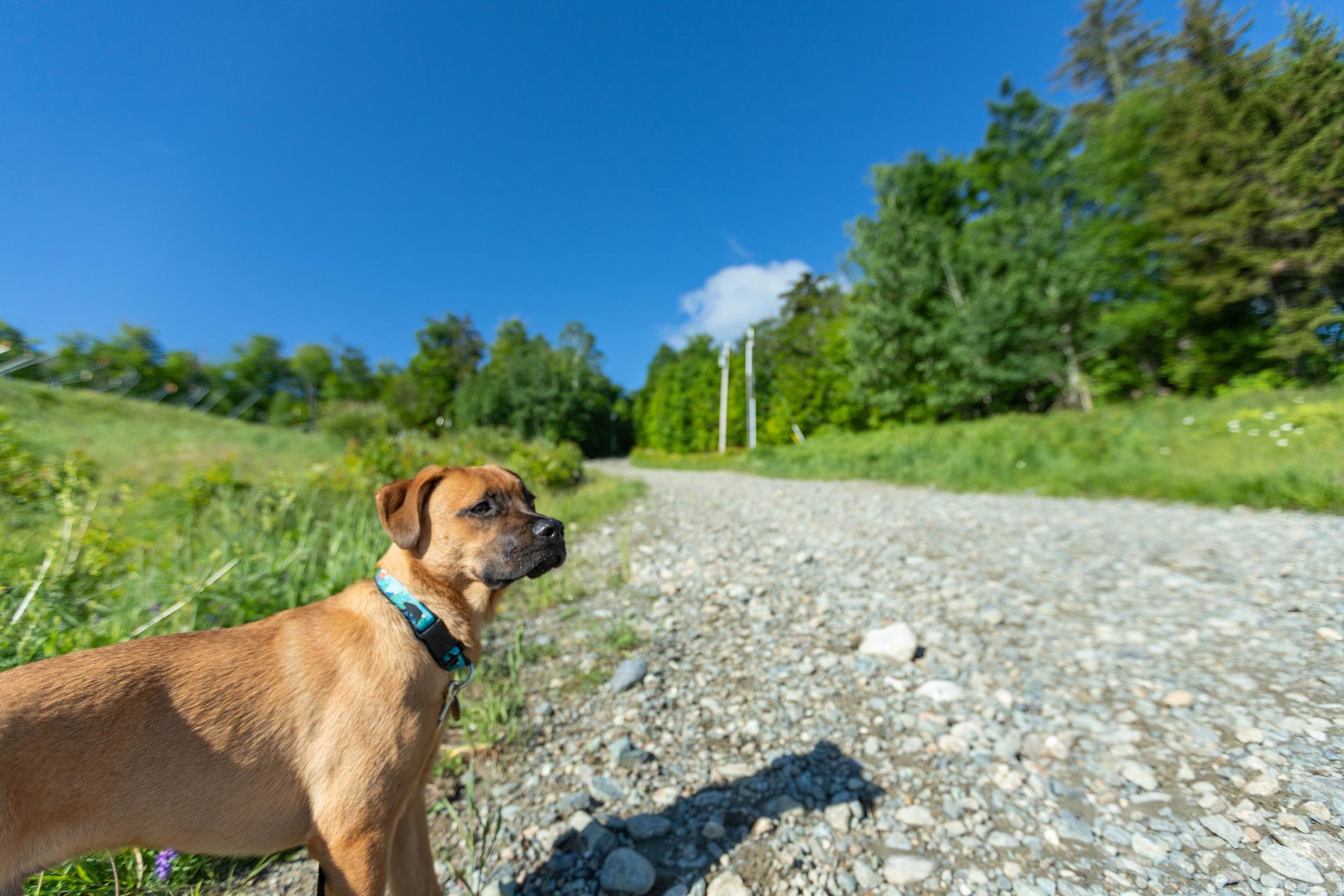 Lower Binder soon merges to Lower Scoot, and then again onto the spanning aisle that is Windrow, providing a straight shot up. Head through the tall grass and wildflowers, stepping over–or, as Amos prefers, splashing across–the narrow streams of run-off that divide the trail on a diagonal.

Here, we came face-to-face with the most glorious white-tailed deer who was feeling bold enough to come within fifteen feet of us! Amos, with his keen killer instinct, was entirely unfazed and actually failed to notice the doe until it was dashing off towards the tree line, startled by the shutter sound from my camera; instead, he was too busy chasing the butterflies.

If you look closely, you can see the deer in retreat and a very unaware Amos.

En route, Amos and I also saw several summer maintenance workers trekking across the mountainous terrain in ATVs. I caught up with Dan "Dano" Barker later in the day and he said they'd been working on several projects all around the mountain, including adding a deck to the snowmaking shed and clearing trails down at the Sugarloaf Outdoor Center. A lot of work goes into getting the mountain in-shape for winter fun during the summers; we'll be following up in a future blog on the maintenance team's "Route to Ski Season," so stay tuned, Sugarloafers!

It took us about 30 minutes to reach Bullwinkle's with moderate stops for water and wildlife observation; after climbing up Windrow's pitching vertical incline, we paused for a breakfast break on Bullwinkle's (which is closed for the season, so it's BYOB–bring your own breakfast) deck, complete with built-in bench seating. If you're in no real rush, I recommend doing the same: bask in the sun and take in the spectacular sights of the summit, which stands at an astounding 4,237 feet.

Amos knows it's time for a break when he sees a bone!

From Bullwinkle's, take Bucksaw X-Cut–which offers an incredible sneak-peak at the base of an almost unrecognizable Lower Timberline–to Upper Binder. At Upper Binder's intersection with Bridle Chain, take a look at the Timberline lift backed by Crocker Mountain, the fourth highest in the state sitting directly behind Sugarloaf.

Continue upward, crossing onto Buckskin under the lift before merging onto Binder Extension. This last stint of Upper Binder is, to put it plainly, a bit of a beast. You're so close, but this incline is more intense and, if you're anything like me, your legs will be somewhere between "burning" and "on fire"; just keep trekking on with summit sights in mind, because they are well worth it. 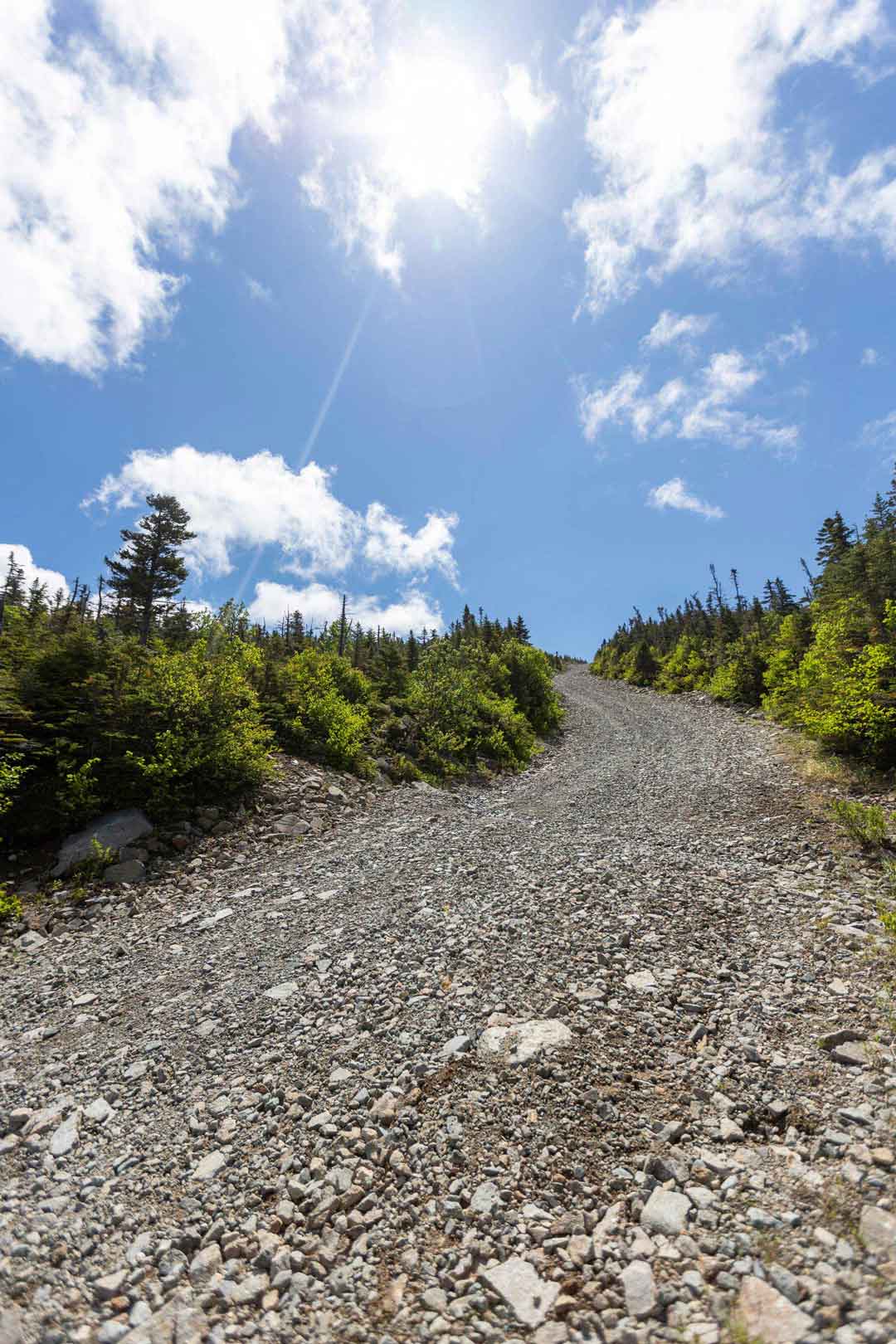 From Sugarloaf's summit, you can see the state's tallest mountain, Katahdin, at 5,267 feet, and all the way over to Maine's neighboring states of New Hampshire and Vermont as well as our other next-door-neighbor, Canada.

For those missing ski season, walk on over to the plywood-covered unloading platform at the top of Timberline lift, next to Ski Patrol's summit spot; venture around the old gondola building towards fan-favorites Gondi Line Extension and one of my personal favorites, Upper Narrow Gauge.

Be prepared to see a difference in both temperature and wind at higher elevation terrain.

In total, this hike amounts to around 2,500 vertical feet and 5 miles roundtrip, which, according to my iPhone's pedometer, was more than 15,000 steps and the equivalent of just over 200 flights of stairs, making this a great workout on leg day; it's also an excellent place to start preparing for more strenuous climbs, like Katahdin, and as someone who, before moving here, had only spent winters at Sugarloaf, it was amazing to see the mountain in summertime.

Overall, the Binder-up route is a great way to get out into nature, get moving, and spend a little quality time at the Loaf. 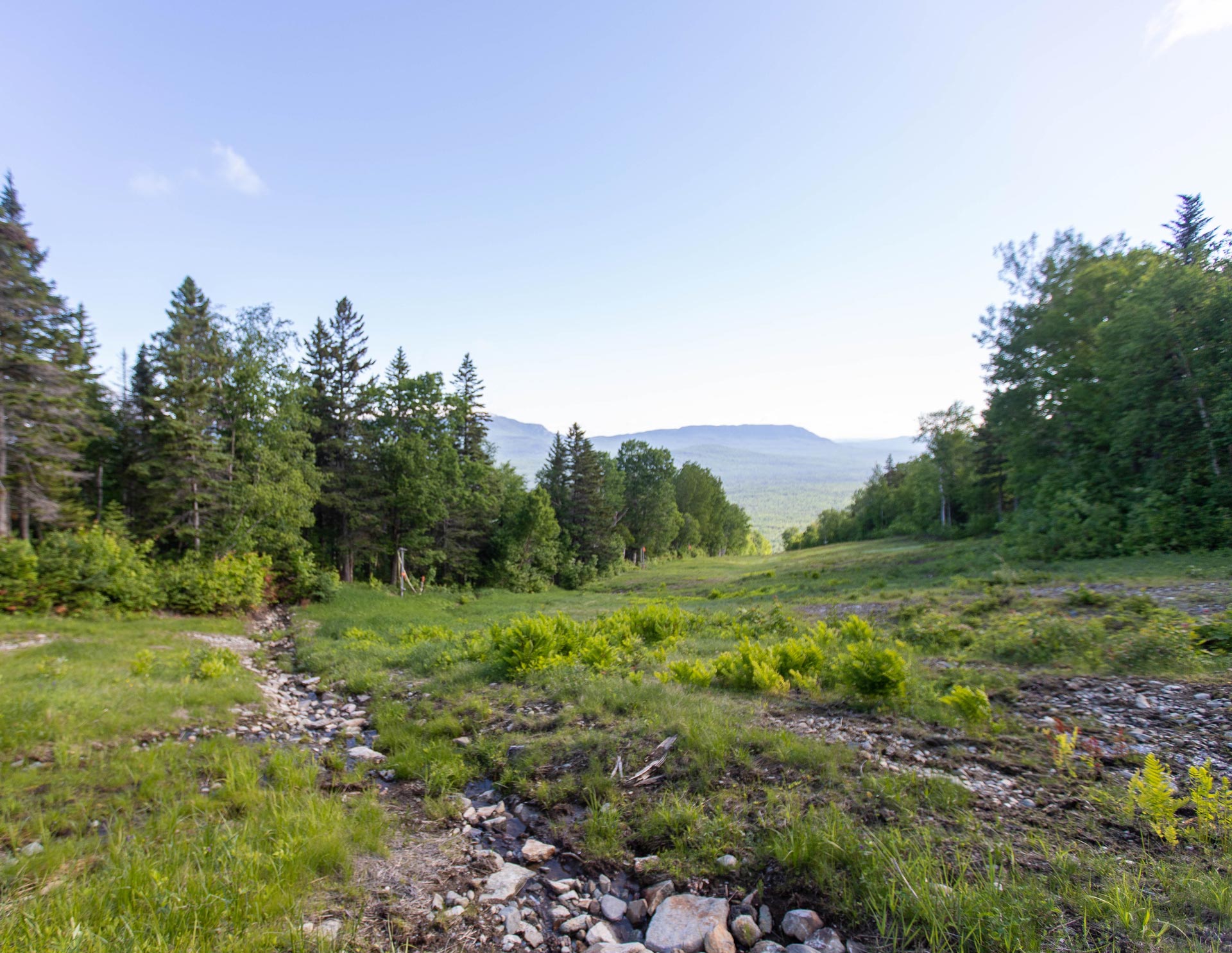 Remember to always do a "tick check" when you get home! And if you can, dress accordingly to prevent bites: wear light-colored clothing (easier to see the little critters), including long pants, which you should tuck into tall socks. Fashion-forward? No. But tick-free? Yes.

And again, don't forget the sunscreen! SPF is your friend.

Please note that trails are not patrolled.