Most Loafers love snow all the time (well, at least from Nov. through May), but as Christmas approaches, snow enjoys a skyrocketing approval rating…even along the coast.

With that in mind, I’m pleased to bring you the forecast for the weekend.

First things first…this ain’t no epic Nor’easter. It’s an inside runner with a well-positioned warm front: 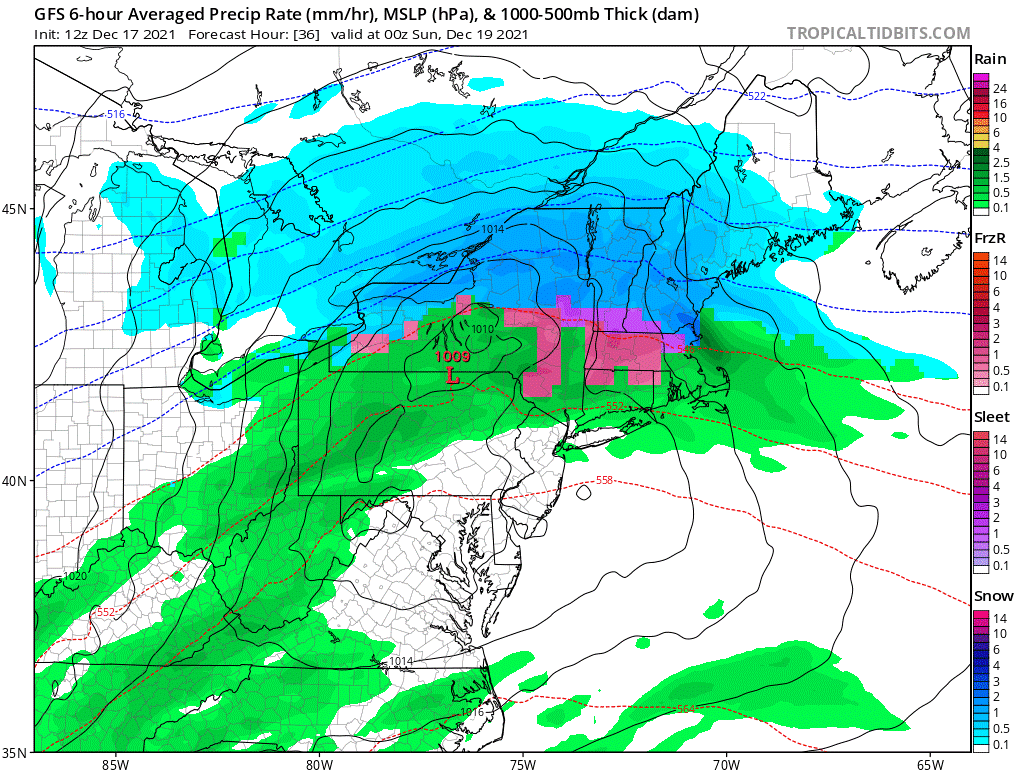 This type of snow, on the north side of a warm front, is known as “overrunning” snow. It isn’t as dramatic as a coastal low, but it’s often more reliable. There are fewer moving parts to a set up like this; no worries about a dry slot or a low that strengthens too late in the game.

Snow will arrive in the Sugarloaf area around in the afternoon….most likely right before sunset (which is at approximately 1:31 PM this time of year), but the snow will be light at first as it moistens up the air column. By the evening it will get going a bit more strongly. 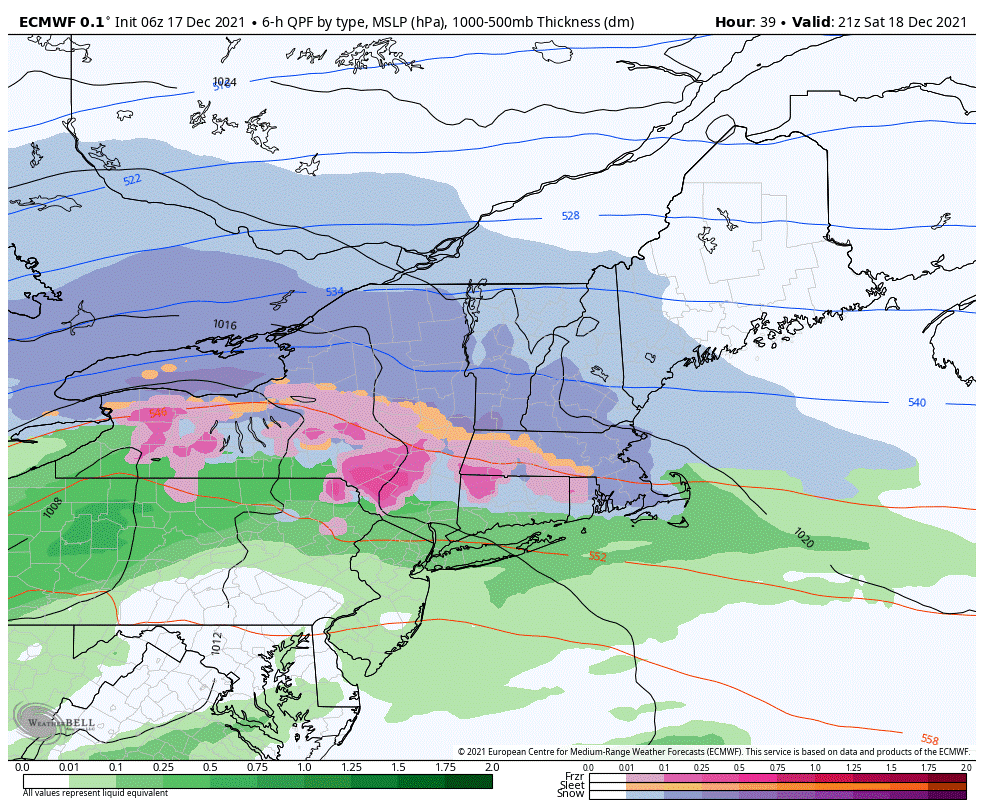 And while the heaviest snow will be ongoing at 8-10 PM in southern Maine, I think it’ll be more like the middle of the night for Sugarloaf. 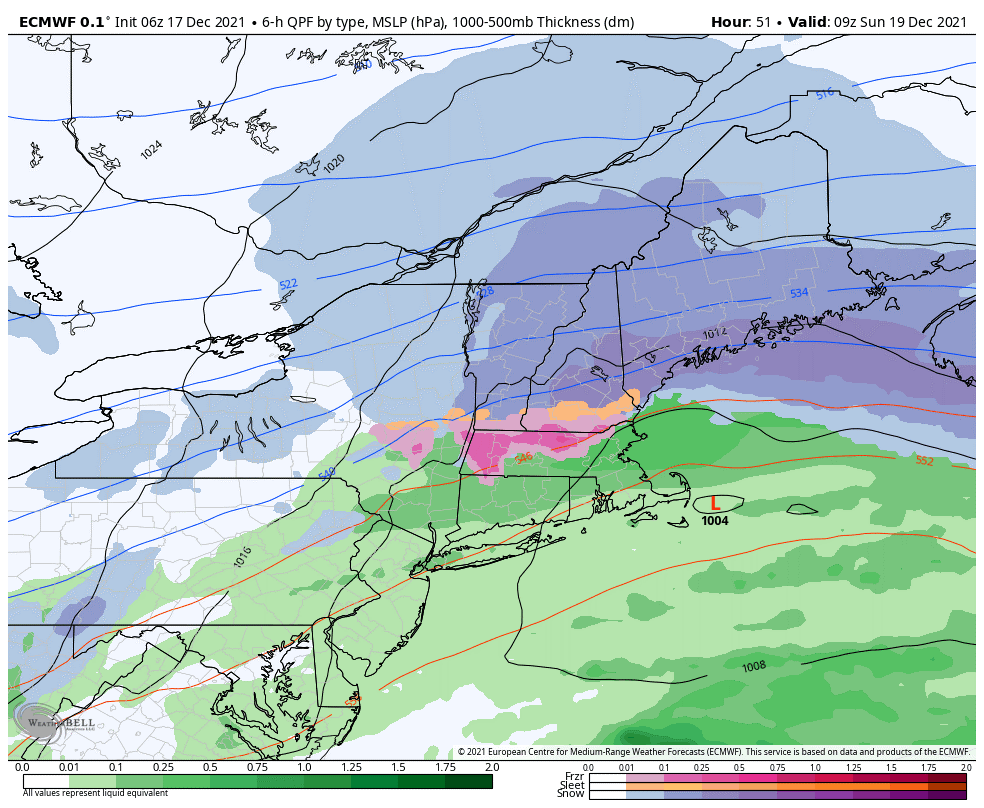 You can probably tell, just from the map, the best bands of snow will likely be more coastal. I think that’s likely how it plays out, but we should be able to make up some of the moisture difference with higher liquid to snow ratios (it’ll be a lighter, fluffier snow and accumulate more quickly in the mountains).

The models are pretty locked in on this system overall, and have been most of the week, but there are still some slight differences in the models that could be important for Sugarloaf; the biggest difference is that the GFS is a bit more amplified with the system overall, which would bring the Loaf more snow.

Either way, I feel like our number at the Loaf is 6”. I’ll be psyched if we do better than that, but I’m not going to count on it.

And you know what? I can live with that. Merry Christmas.