A Day in the Life of A Snow Reporter

It’s up and at ’em before the sun starts shining and heading into the office during the wee hours, which means sharing the winding road of Route 27 with 16-wheelers, white-tailed deer, and the occasional moose. It’s often so dark out that the surrounding mountains aren’t visible—in fact, not much is visible but the road itself and, if it’s clear, the stars, until Sugarloaf comes into sight, scattered groomer headlights here and there.

It feels like a special privilege, seeing the mountain like that. The entire drive up the Access Road is a whole different experience after dark. It’s such a rare perspective—even more so for the groomers and snowmakers who are on-hill overnight. But back to snow reporting!

You’re on-the-job at 6:00am, and first things first: time to turn the radio on and check in with the night crew groomers on the status of the grooming list and ask about snowfall or changes to surface conditions. “Snow Reporter to groomers.” 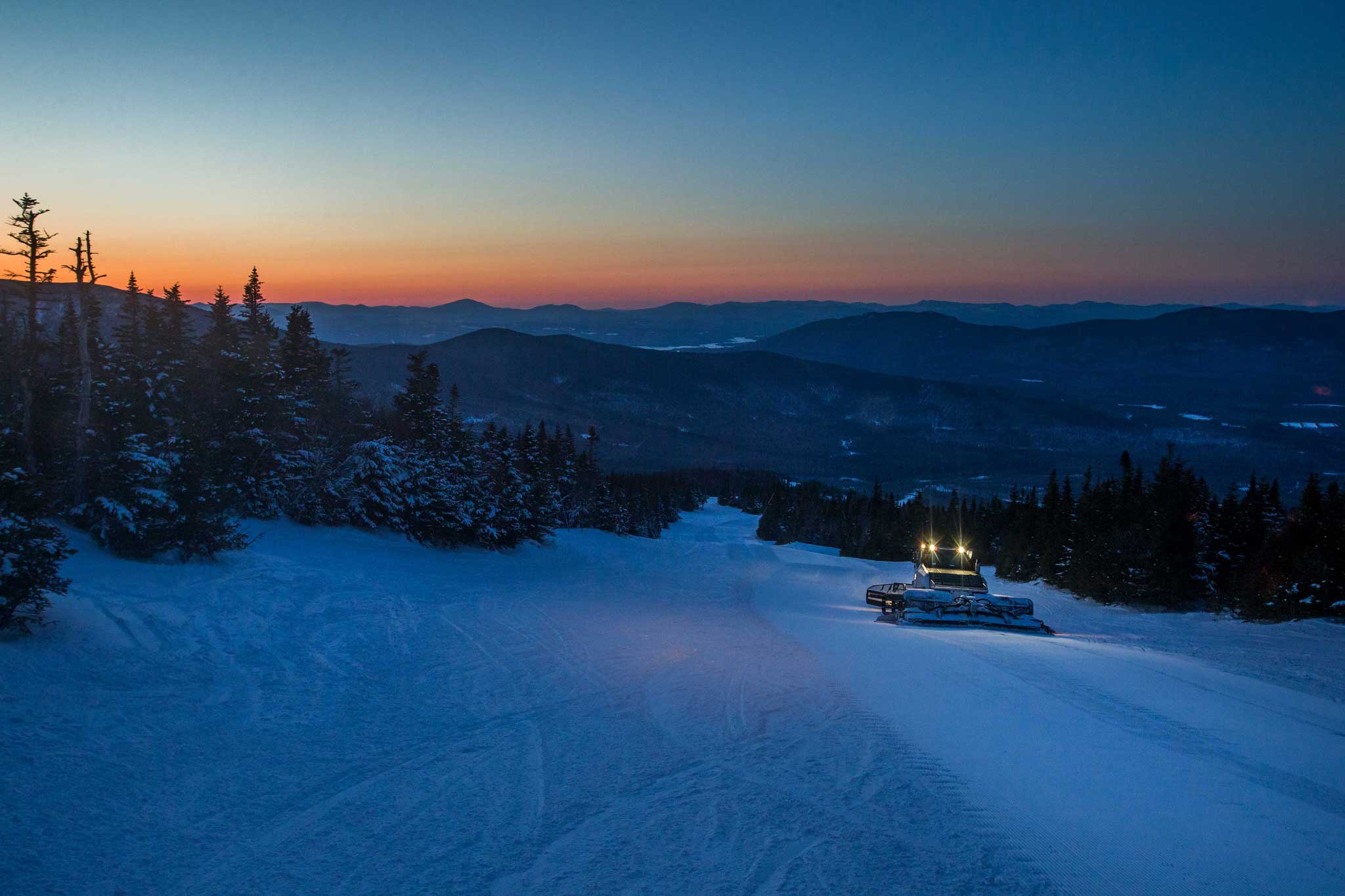 If snowmaking is in progress, then it’s time to radio Snowmaking Control; following these updates, several reports must be launched through a number of different snow reporting outlets, from Mountain News to SnoCountry, as well as our website—and don’t forget the Snow Phone!

We use SnoCountry’s “Surface Conditions” system to classify snow. There are several standard ways to describe snow surfaces, some examples being corn snow, frozen granular, loose granular, and the one that causes serious stoke, powder.

As for weather, we have a custom forecast from meteorologist Mallory Brooke, owner and chief meteorologist of Nor’easter Weather Consulting, LCC. This report lays out all the necessary information to deliver the Snow Report in one convenient place, from hour-by-hour temperatures and winds to future cast and storm tracking.

A copy of the weather and trails checklist (with information on open terrain, grooming, and snowmaking) are delivered to several locations around the resort, from the Competition Center to the lift locker room.

During this time, while walking around the Base Area, you’re also on a content collection trip to take the morning photo. This is like a preview for the day, and it could be anything from the sunrise on the Bigelows to a snapshot of ski patrol walking up to the lift or the lift department getting the mazes ready, groomers going by, etc. Photo ops are never in short supply at Sugarloaf: there’s always an abundance of interesting things happening here, even when the lifts aren’t spinning.

The morning photo is then edited and uploaded to social media. Once that’s been shared, it’s time to switch the radio over to Ski Patrol’s channel to listen in on sweep for any updates and check-in on any closings/openings or changes in conditions. 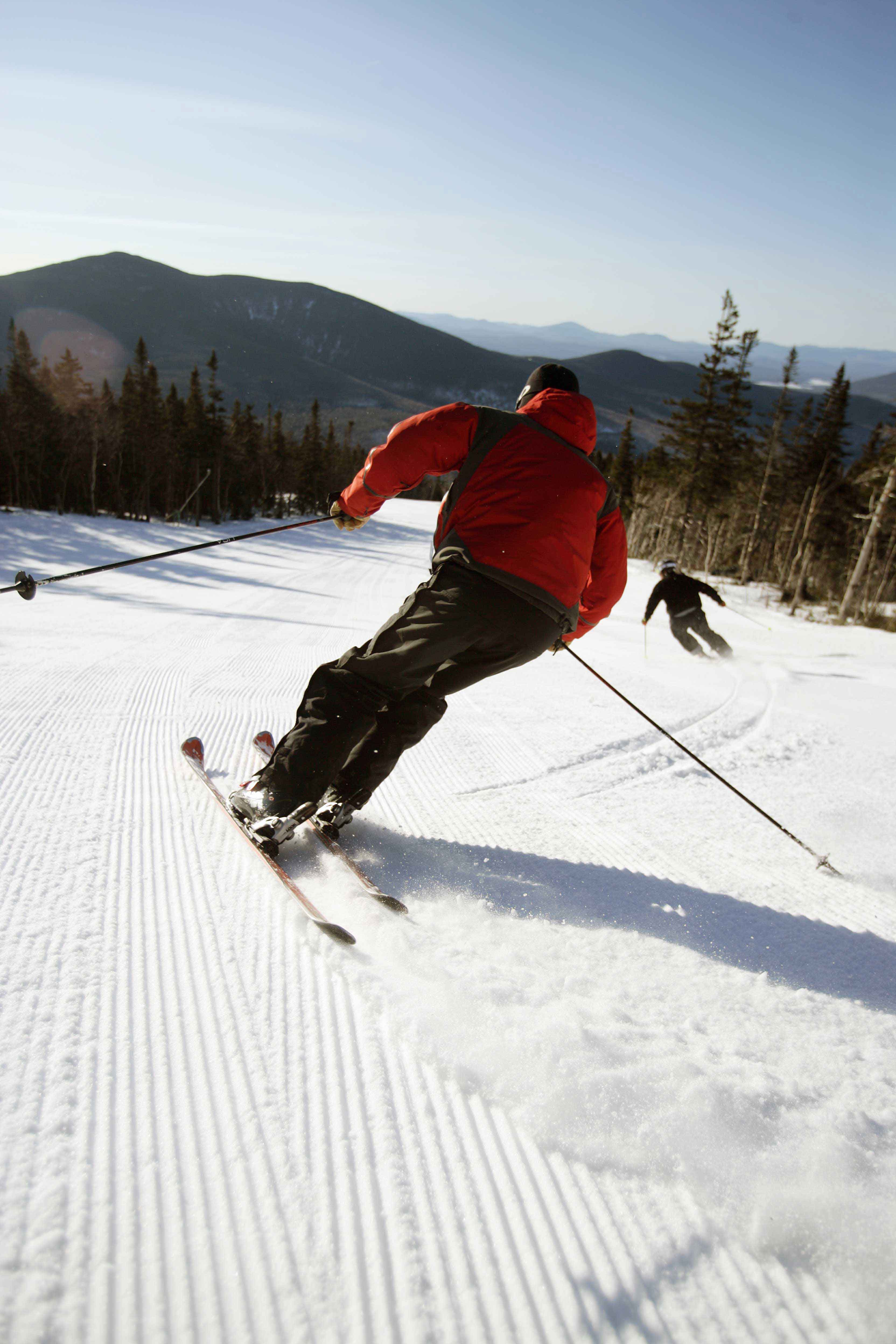 During the day, the Snow Reporter is responsible for keeping Sugarloaf’s Mountain Report and social media outlets updated with any changes in conditions; to do so, we monitor the radio all day long—even when we’re on-hill—to keep in contact with lift control and ski patrol throughout the day. If and when there are changes to report, from active snowmaking to wind holds, they must be relayed through the proper channels; a large component of this is communicating any changes in lift status through the @SugarloafSnow Twitter account.

The Snow Reporter is also responsible for taking the daily photos, which are posted on the website, which means spending at least an hour and a half each day on on-hill doing content collection (taking photos and videos) and testing conditions.

This aspect of the job is absolutely incredible: you meet a lot of really great Sugarloafers on the lifts and in line, see a lot of really talented skiers doing on-hill photography, and spend a lot of time in the great outdoors getting to know the mountain and terrain, finding new and creative places for photo ops, and all the while staying on the beat for operational updates. 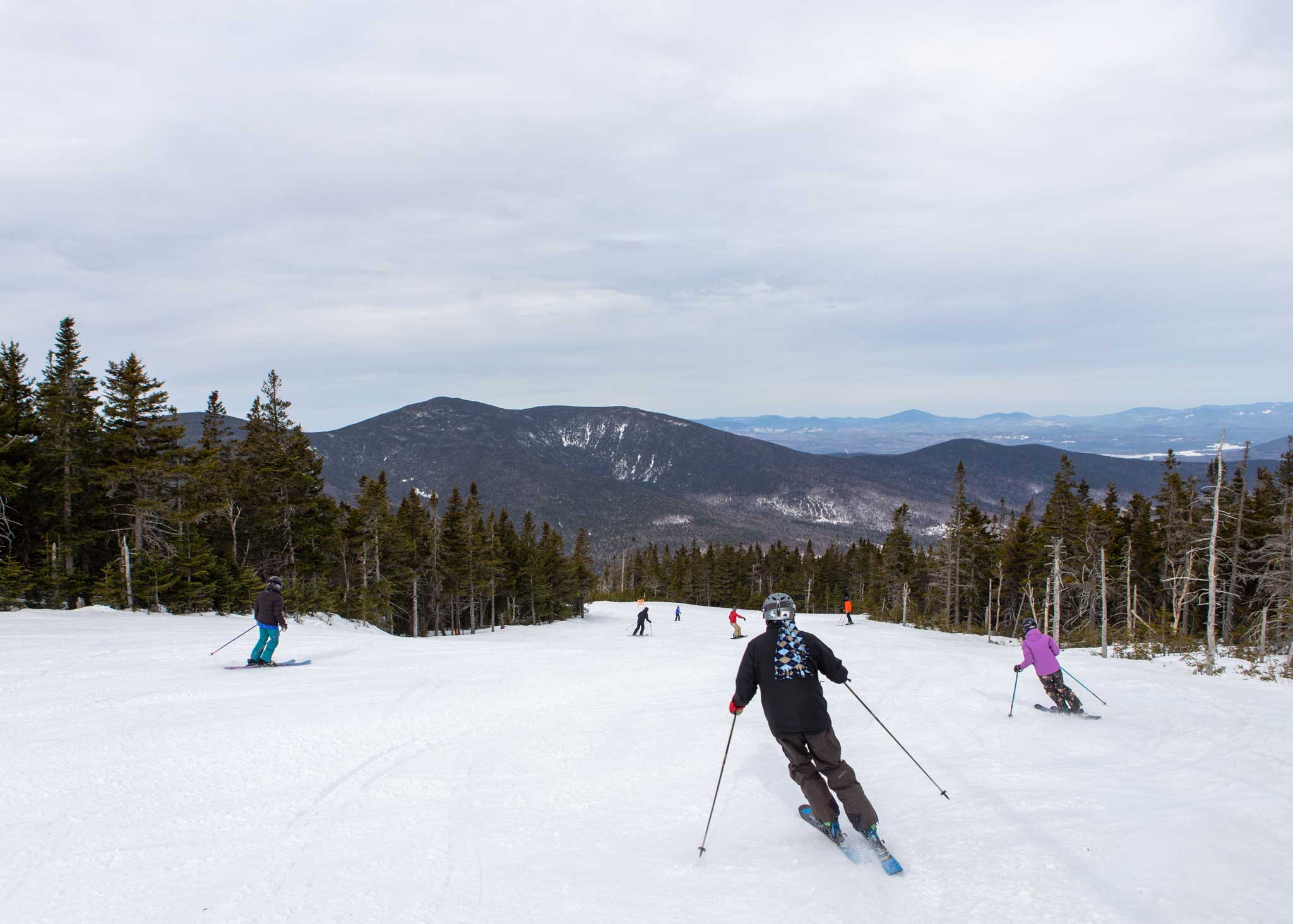 Snow Meeting is held every day at 1:00pm, after which all reports must be updated with the new information presented at Snow Meeting and launched again.

At the heart of it, Snow Reporting is really about communicating not only conditions, but also operational information (like grooming, lifts, and snow making) to the public.

This season, we’re welcoming Snow Reporter Chris Howe to the Marketing team—though Chris is no stranger to Sugarloaf, as he’s spent several seasons here as a snowmaker. If you see Chris on the slopes this season, be sure to say “hi!”