Warren Miller Entertainment’s 72nd annual film, titled Winter Starts Now, pays homage to the best snow riding from Montana to Maine, including a segment on Sugarloaf. “Winter Starts Now” is now on a national tour, screening at local theaters throughout the United States through December 30, and we’ll be attending several showings throughout New England.

We’ll be going to the Gracie Theatre in beautiful Bangor, Maine for tonight’s 7:30pm screening, and then we’re off to the State Theatre in Portland on December 11 for the 7:30pm premiere. ICYMI, here’s the Warren Miller “Winter Starts Now” premiere experience—and why you’ll want to go to! 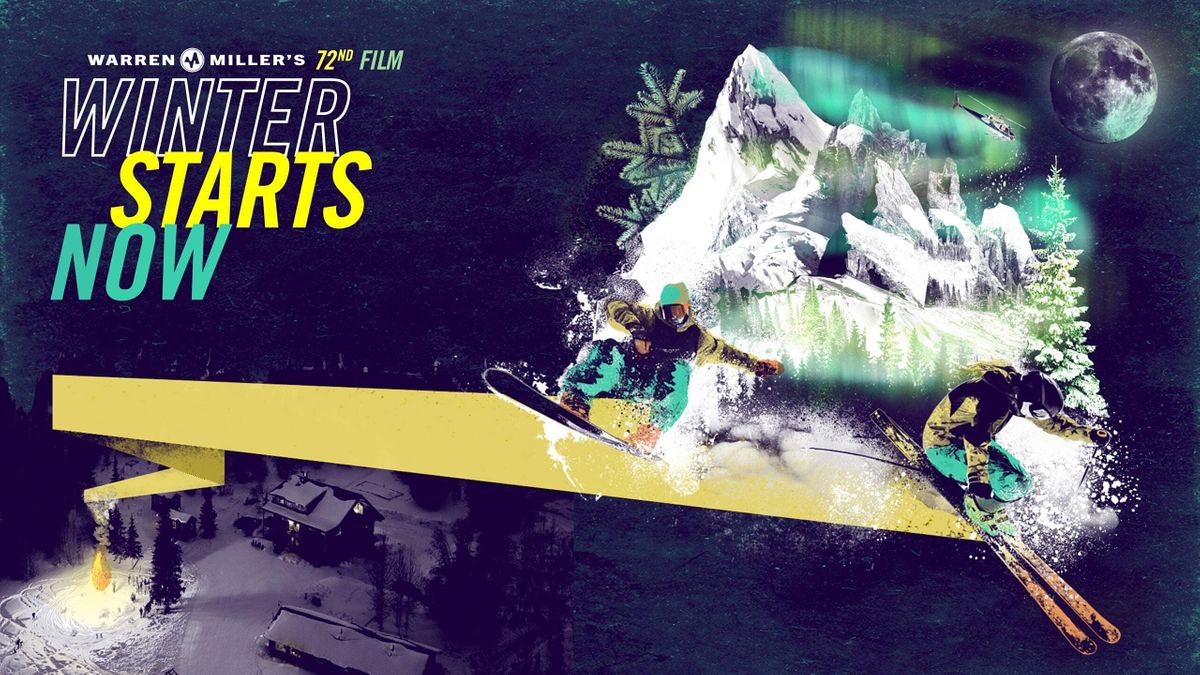 We started with dual screenings in Somerville, Massachusetts, where Sales Department team members Kalvin Lord and Trent Labbe, both Sugarloaf Sales Coordinators, were on the scene. Both describe being amazed by the energy at the event. “Both the film and the overall energy started to give me the feeling of stoke for the season ahead,” Kalvin recalls.

“As a first-timer at a Warren Miller ski film, my expectations were beyond met,” Trent shares. “When Sugarloaf was shown at the start of the screening, cheering, roaring, and contagious smiles filled the theater. It was an honor to represent a mountain loved by so many.”

The Sugarloaf squad then headed to New Hampshire to represent the Loaf at six screenings at the Music Hall in Portsmouth. Sugarloaf Marketing Manager Noelle Tuttle worked four of the six shows says, “Although it’s sometimes hard to recognize each other without the goggles and Goretex, it’s always fun seeing fellow Sugarloafers out in the real world. What better reason to come together off the hill than to see the place we all love so much up on the big screen?”

Next up: the Gem Theater in Bethel, Maine, hometown of our sister resort, Sunday River. I attended this showing alongside Sugarloaf’s Territory Sales Manager Larry Buchholz.

We arrived on the scene for set-up at 4:30pm, and I realized it was the first time I'd been back at the movies since the start of the pandemic; I was greeted by the glorious smell of buttery popcorn, mini made-to-order personal pizzas, and my personal favorite, jumbo pretzels. Despite the familiar glitz and glamour of a glorious of a personable small-town movie theatre, I would soon discover that seeing a Warren Miller film wasn’t your typical movie-going experience; the crowd cheers, engaging with the footage at every exciting on-screen moment—not to mention the undeniable energy in the air Kalvin and Trent described.

Larry and I spread our assortment of Sugarloaf swag out across our assigned table, beside Amy and Phil Taisey of Amalgam Skis. The Taiseys, who are long-time Sugarloafers (Amy, a Carrabassett Valley Academy graduate, grew up racing at the Loaf) and also featured in Winter Starts Now" make state-of-the-art custom skis from the basement of their Freeport home. 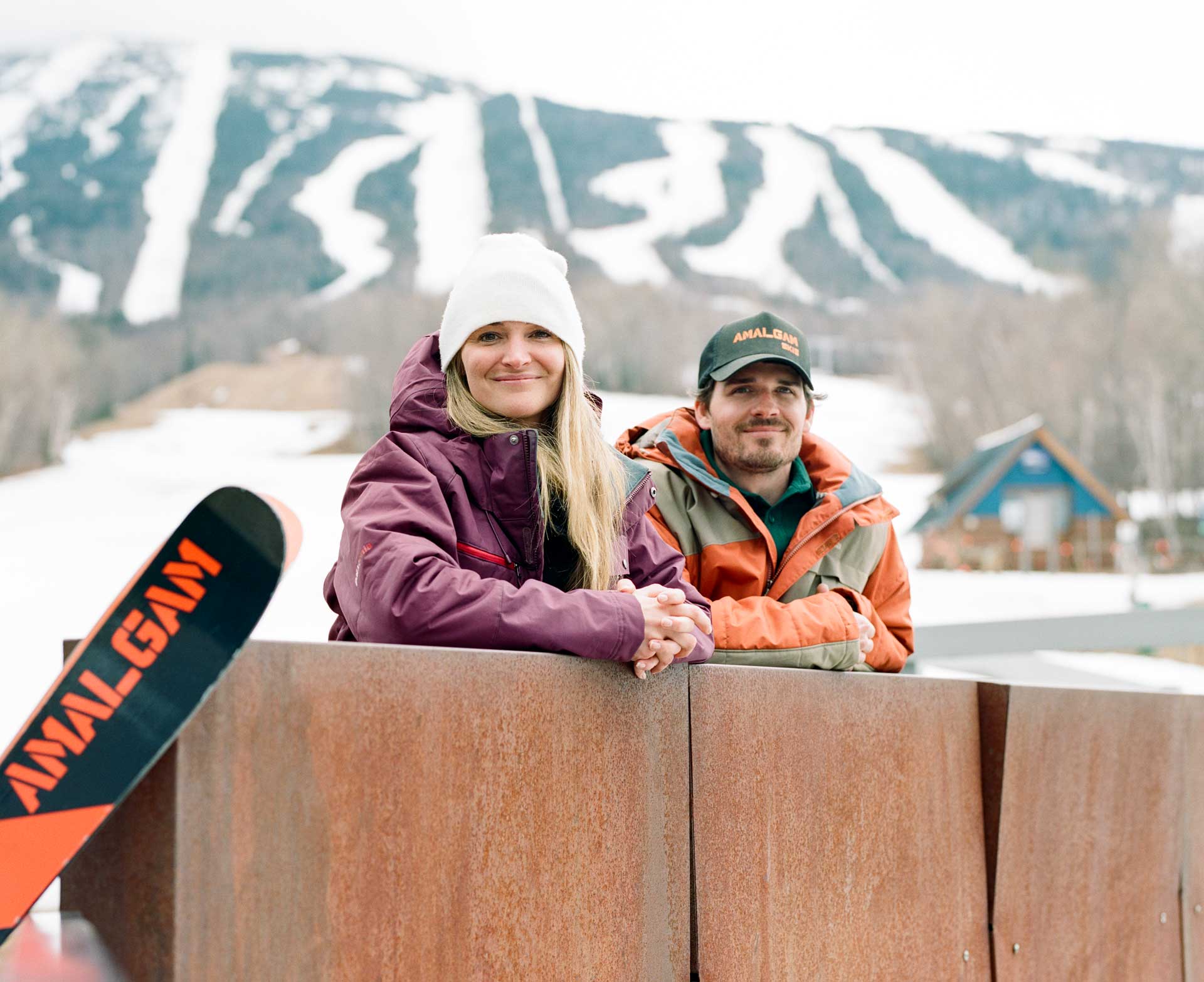 To their left was world-renowned pro skier Dan Egan, who has appeared in thirteen of Warren Miller's ski films and is known for skiing the most remote regions of the world alongside his brother, John. Egan is a legend, named as one of the most influential skiers of our time by Powder Magazine in 2006 and inducted into the US Skiing & Snowboarding Hall of Fame in 2016.

I took a quick break to text my dad the news about John, as I'd grown up with epic and iconic posters of Dan decorating my childhood home. Funnily enough, Mr. Egan was familiar with the area of Massachusetts I was from, and even had a business in the neighboring town! He was at the premiere in Bethel signing copies of his book, Thirty Years in a White Haze, which begins as all epic stories do: with our narrator (Egan) staring into the mouth of a storm from a snow cave on Mount Elbrus, the tallest mountain on the European content; from the belly of the beast, Egan takes stock of each and every moment that led him here.

Four members of the Warren Miller tour crew were also on-site, overseeing the event and making sure everything went smoothly, in addition to staff from the Gem Theater who were serving concessions. Doors opened at 5:30pm, with the screening starting an hour later, and slowly the public began to trickle in; before long, the lobby was full and the room was a-buzz with conversation. Our table was stocked with complimentary Sugarloaf swag: we had a variety of 6 different posters from our 70th anniversary celebration, as well as Sugarloaf postcard books, stickers, temporary tattoos, and trail maps. It was a really enjoyable experience to talk to everyone who came out to the Bethel premiere, from students to ski enthusiasts, sharing our love of the Loaf. 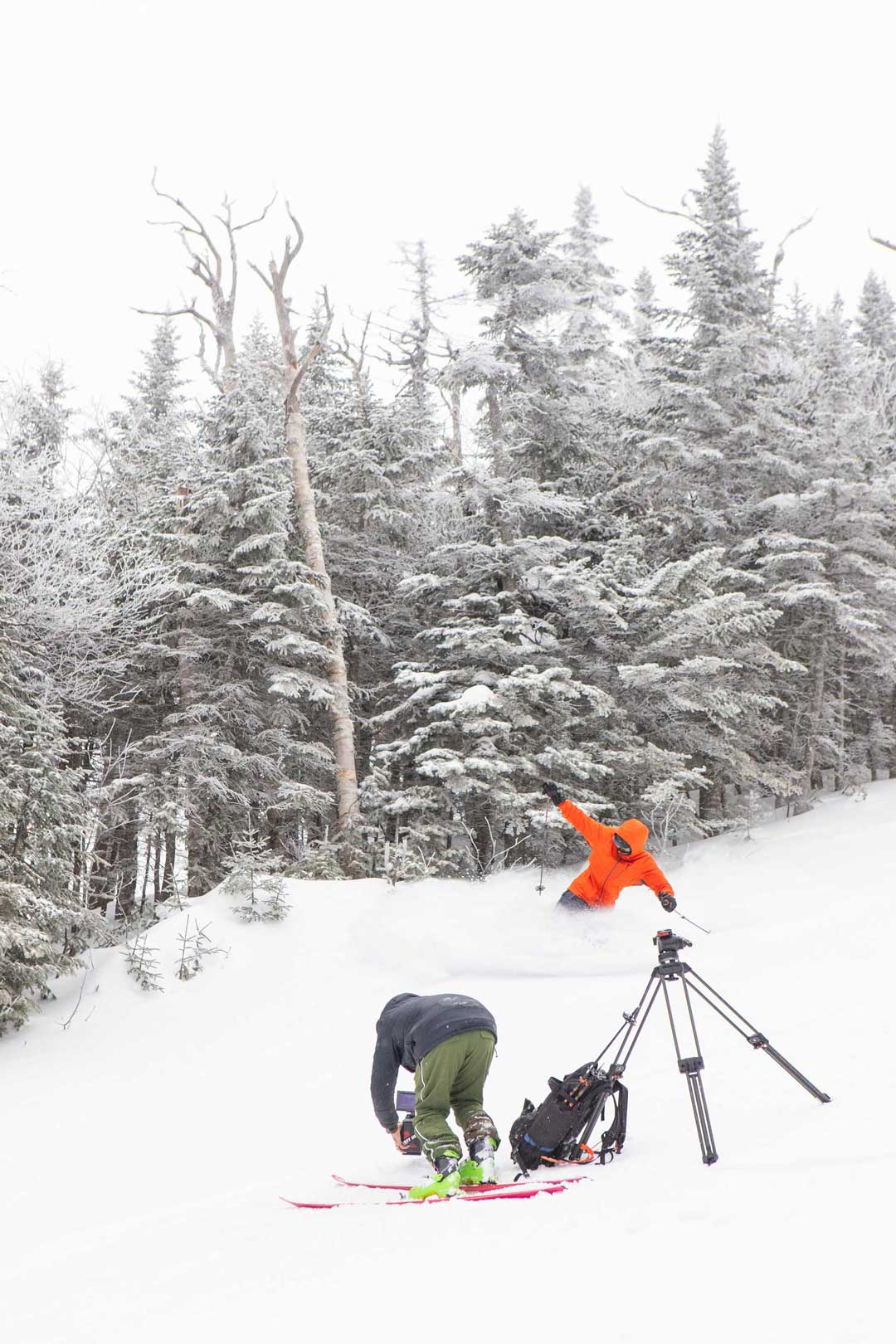 The Warren Miller camera crew on location at Sugarloaf Mountain in February of last year, accompanied by photographer Sarah Sindo.

As for the film itself, Winter Starts Now was 90 minutes of skillful and stunning filmography, showcasing the best of snow riding set to a stellar soundtrack. Not only was it exciting to see the Loaf on the big screen, I felt proud to see my home mountain on display for the world to see as an example of classic New England skiing, showcased alongside such exceptional locations and skilled athletes, like Vasu Sojitra and Pete McAfee; it was incredibly inspiring to watch them complete the first-ever disabled ski descent of Denali. I really appreciated the space the film gave to the resolve of adaptive athletes, and the way the film felt like a journey the view was along-for-the-ride for (both figuratively and literally, as it follows Connery Landin and Marcus Caston on a road trip).

I began to understand why, for so many, the ski season doesn’t truly start until they see the latest Warren Miller film: plays like a love letter to the winter season, and a wild, whopping rallying cry to outdoor enthusiasts everywhere: get stoked, get inspired, because winter starts now!